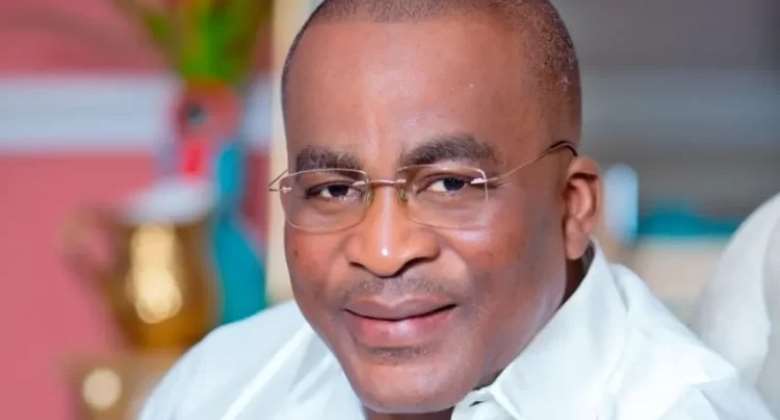 The newly elected Chairman of the National Democratic Congress (NDC) for the Greater Accra Region Emmanuel Nii Ashie Moore has fulfilled his campaign promise to delegates in some selected constituencies during the regional election.

In fulfilment of his campaign promises, the Chairman issued a cheque of GHS 150,000.00 which has successfully been cashed and shared to all the delegates from selected constituencies that were promised.

The campaign Chairman of the newly elected Chairman, Hon Emmanuel Nii Okai Laryea debunked media reports that the elected Chairman issued a dug cheque to the delegates which was bounced at the Bank.

“The Cheque did not bounce, the cheque has been dully cleared, the money has been paid and the delegates are happy with the new Chairman. As I speak to you, the Cheque has been cashed and all the delegates from those specific constituencies that the promise was made had had their money," Hon Nii Laryea explained in an interview.

He said the media reports that Hon Ashie Moore issued a dud cheque to delegates to bribe them during the recent regional elections is a palpable falsehood. He added that those reports are been masterminded by sore losing candidates who contested Hon Ashie Moore but did not win.

According to him, the promises to the delegates were made during campaign tours in those constituencies as part of the newly elected Chairman’s vision to resource and rebrand the region to capture power in the 2024 elections.

Mr. Nii Laryea urged members of the NDC, the beneficiary constituents and well-meaning Ghanaians to disregard the foul and wild allegation leveled against Chairman Ashie-Moore, adding that, the focus is on how the NDC wins the 2024 elections and rescue Ghanaians from the current economic hardship.

A deputy Communication Officer for Ablekuma South and delegate to the regional elections, William Amenuvor said the constituency delegates had received their fair share of the GHS150,000.00. According to him, the allegation is a total fabrication to tarnish the reputation of the Chairman who in his view has good intentions for the region.

“Frankly, when the promise was made and later the cheque was issued to our Constituency, I did not believe it. I did not trust it, I took it as one of those political campaign promises but today, I am happy. I have received the money and the news stories out there that it was a dud cheque are lies,” Amenuvor added.

He stressed that he believed Chairman Ashie-Moore has a good heart and plans to lead the region to victory and they (Constituency executives) would give their support for victory.

Mr. Amenuvor dismissed the claims they were bribed to vote for Hon Ashie-Moore, saying, “We voted on promises, the candidates all made promises and we made a choice. I am certain the new Chairman will do a great job for NDC in the region and that is what we the grassroots want."

The constituency executives who received their share of the GHS150, 000.00 cheque cash expressed their appreciation to the new Chairman for fulfilling his promises.

Meanwhile, Chairman Ashie-Moore has dismissed claims he has affairs with Member of Parliament for Ada, Hon Comfort Doyoe.

You’ve been a dependable husband – Lordina celebrates Mahama...
49 minutes ago