2023 Budget:Ghanaians should brace themselves for more hardship — Minority 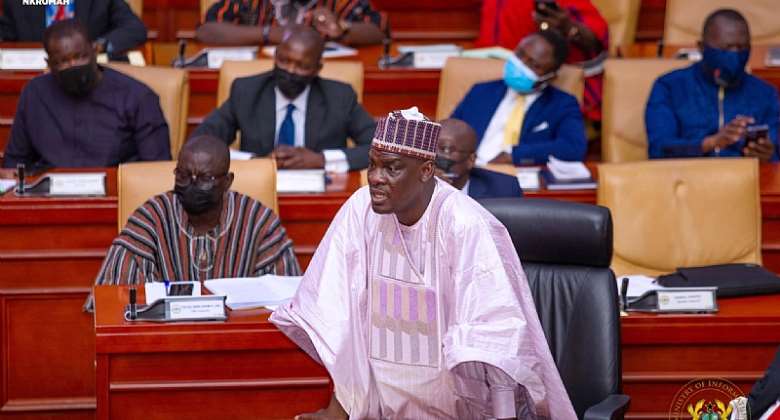 Addressing the media after the presentation of the budget, dubbed: “Unity Budget” he said: “What he gave to us today is nothing but grammar, he has informed us clearly that the Ghanaian economy is in an intensive care unit…unfortunately, the dose given us, if care is not taken, will result in our economy dying.”

Dr Forson, also the Minority Spokesperson on Finance, questioned how youth unemployment was more than 50 per cent and the Value Added Tax (VAT) was going up by 22 per cent.

“Additional tax will simply mean that the people of Ghana will go through excruciating hardship going forward,” he said.

Dr Forson advised Ghanaians to brace up for maximum hardship, worse than what they went through in 1979 and I983, as the budget offered nothing “but an intense and severe hardship.”

“So clearly to the youth of this country, there is a freeze on employment, there is no hope for you, nothing more is happening to ordinary traders.”

“Tax is going to go up and the people of Ghana, be ready that prices of goods and services are going to go up because of the increase in Value Added Tax.”

The Finance Minister announced a review upwards in the VAT by 2.5 per cent from the standard rate of 12.5 per cent.

He said the increase was expected to yield GH¢2.70 billion, which would be used to augment funding for road infrastructure development.

“Mr Speaker, the demand for roads has become the cry of many communities in the country. Unfortunately, with the current economic difficulties and the absence of a dedicated source of funding for road construction, it is difficult to meet these demands. In that regard, we are proposing the implementation of new revenue measures. The major one is an increase in the VAT rate by 2.5 percentage points,” he said.

“This will be complemented by a major compliance programme to ensure that we derive the maximum yields from existing revenue handles.”

The government is also set to reduce the rate of the Electronic Transaction Levy (E-Levy) to 1.0 per cent from 1.5 per cent.

As part of the review of the E-levy Act, the Minister said the daily threshold would be reviewed.