Planting for Food and Jobs initiative is flawed policy – GAWU 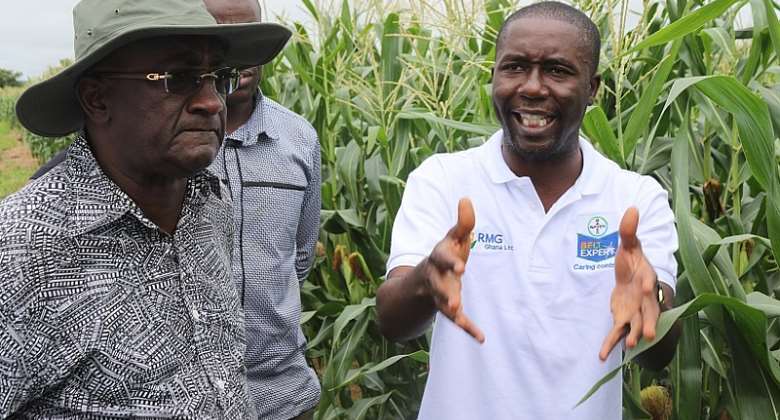 The General Secretary of the General Agricultural Workers Union (GAWU) has expressed reservations about the success of Government’s Planting for Food and Jobs Policy.

Discussing the expectations of the agric sector ahead of the 2023 Budget Statement, Mr. Edward Kareweh said the policy has largely been to the disappointment of farmers across the country.

He said not even the slightest objective of the policy to primarily produce food and serve as a source of revenue for Ghanaians has been achieved.

He lamented the never-ending fertilizer shortages and smuggling to neighbouring West African countries, depriving Ghanaian farmers of the essential input for farmers.

“When it came to ensuring that fertilizer got to farmers, it never got to them for some strange reasons. The Government brought the coupon system, but it was abused to the detriment of the farmer. This created a situation where people who were not farmers rather had the fertilizer to sell to farmers.”

Mr. Kareweh further said not only has the poor rollout of the policy brought about the collapse of farms, but it was also a channel for giving out wrong employment statistics to create the narrative of the policy’s success.

“Jobs are tangible, and they are to be seen, yet we cannot see them. When a truckload of fertilizer comes and some boys are made to offload the fertilizer, they counted them as jobs created. You can’t these causal wages as employment.”

He added that it is strange for the Government to claim it doesn’t know those who are responsible for the smuggling or where it is happening.

“We have people manning our borders, and so how do we not know who is smuggling and who is not? When you go to the various borders, the Immigration is there, the police are there, and so they should know who smuggles the fertilizer.”