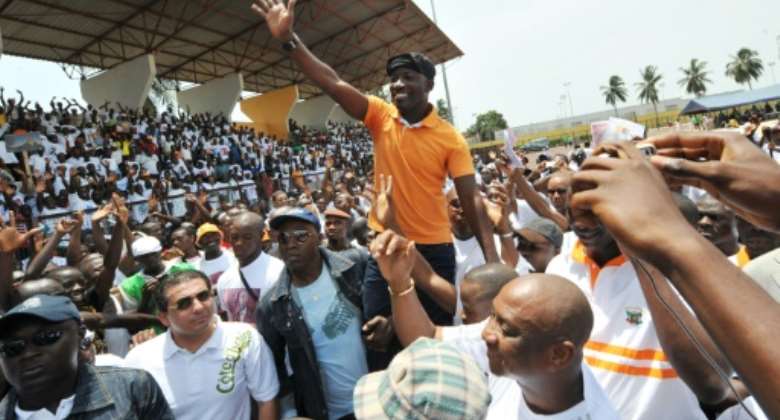 Charles Ble Goude, a key figure in post-electoral violence that swept Ivory Coast 11 years ago, wants to make a low-key homecoming this weekend, his representatives said on Thursday.

The former right-hand man to ex-president Laurent Gbagbo is set to fly back on Saturday morning after being acquitted last year with his erstwhile boss by the International Criminal Court (ICC).

Some have feared his arrival could spark a return to confrontation in a country still nursing the wounds of the 2010-11 conflict, which claimed several thousand lives.

But Boga Sako, who heads the welcoming committee, told a press conference that Ble Goude "wishes to make a sober return."

"The welcoming committee urges friends, relatives, campaigners, admirers or sympathisers to scrupulously observe security measures and Mr. Ble Goude's wishes so that this return is part of the process of national reconciliation and cohesion," he said.

"There's no point in going to the airport," he warned.

In a statement to AFP, Ble Goude said he was "very happy" to be returning to his home country, but also appealed for "discipline and a spirit of reunion."

Gbagbo, a fiery left-wing orator from a humble background who portrayed himself as champion of the poor, was Ivory Coast's president for 10 turbulent years.

In October 2010 he lost in elections to Alassane Ouattara but refused to accept the result.

Their showdown split the country along north-south lines, triggering violence in 2011 that claimed an estimated 3,000 lives.

Ble Goude at the time was head of a pro-Gbagbo nationalist group called the Young Patriots -- his nickname was "the General of the Streets" for his ability to raise and rouse angry crowds.

After Gbagbo was detained, Ble Goude fled to Ghana, where he was arrested in 2014 and transferred to The Hague.

He and his former boss were placed on trial in 2016 for crimes against humanity.

They were acquitted in 2019, a ruling that was upheld definitively in March last year.

Gbagbo, who still has a groundswell of support in Ivory Coast, negotiated his return with Ouattara and came home in June 2021.