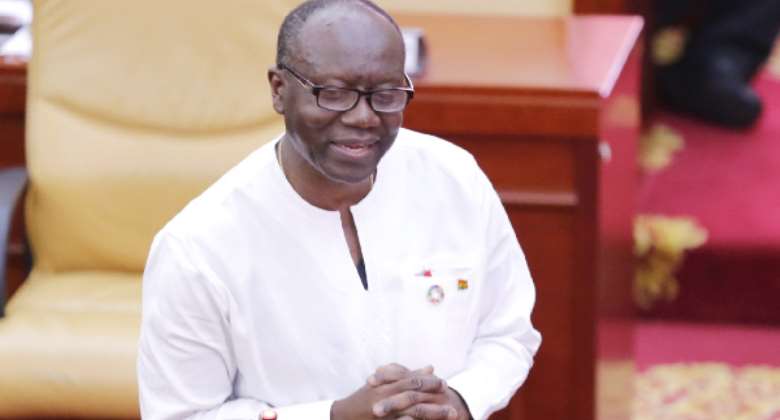 The government has announced plan to urgently mobilise domestic resources in a bid to restore debt sustainability, macroeconomic stability and grow the economy.

Presenting the 2023 budget, Minister of Finance, Ken Ofori Atta said it has become more critical to mobilise domestic revenue, especially in times like this where the country’s access to the international capital market was largely closed.

He said a responsible Government, it would take hard, unpopular, but necessary decisions to build back better and emerge stronger.

“Mr Speaker, post-COVID, we identified the need to ramp-up our domestic revenue mobilisation efforts to match the performance of our peers and finance our development agenda. Last year, we started with the E-Levy which has not yielded the resources as expected,” he stated.

He noted that government would therefore introduce additional measures aimed at increasing the country’s revenue to GDP from the current 13 per cent to 18 per cent in 2023.

This is expected to see the country mobilise an amount of GH¢143,95 billion as revenues in the year under review.

The measures include an increase of the Value Added Tax (VAT) rate by 2.5 percent which is expected to yield GH¢2.7 billion which would be used to augment funding for road infrastructure development.

Mr Ofori Atta said this would be complemented by a major compliance programme to ensure that the country derives the maximum yields from existing revenue handles.

He added that government also intends to fast-track the implementation of the Unified Property Rate Platform programme in 2023; and also review the E-Levy Act and more specifically, reduce the headline rate from 1.5 per cent to one percent (1%) of the transaction value as well as the removal of the daily threshold.

Presenting the 2023 Budget, the Minister of Finance, Ken Ofori Atta, stressed that the goal of the government was to significantly enhance revenues, significantly cut down the cost of running government, significantly expand local production, invest more to protect the poor and vulnerable, and continue expanding access to good roads, education and health for every Ghanaian everywhere in Ghana and the diaspora.