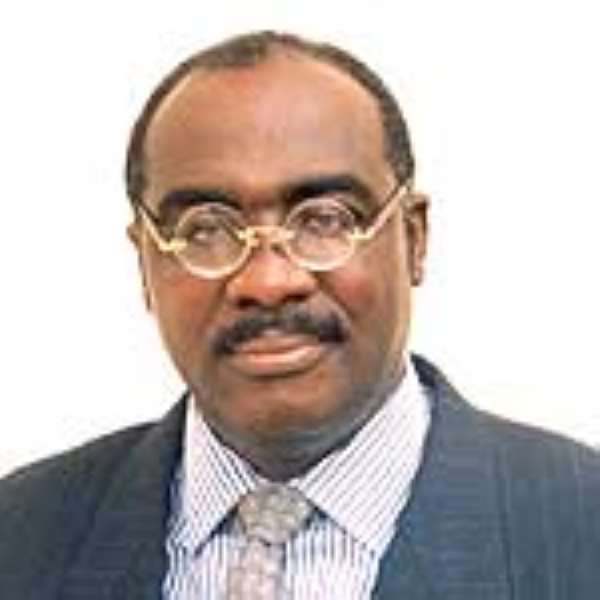 The scramble for the position of flagbearer for the New Patriotic Party is attracting more and more people, and could probably end up in the Guinness Book of Records as the most congested intra party contest ever in the history of multi-party democracy.

The next NPP bigwig to join the race is the gentle Minister of Education, Science and Sports, Papa Owusu Ankomah.

An announcement is expected before the end of the week, insiders said. He joins a growing list of hopefuls in the ruling New Patriotic Party, at least 15 and counting, who hope to lead the party to a hat trick of electoral victories in 2008.

Papa Owusu Ankomah, who will be 50 next April, has headed five Ministries under President John Agyekum Kufuor since January 2001.

In April 2003, Papa Owusu Ankomah was appointed Attorney General and Minister for Justice. In Kufuor's second term, he was shifted once again to head the Interior Ministry. In the recent reshuffle last April, President Kufuor once again decided to offer him another major portfolio, Education, Science and Sports.

Elected the Member of Parliament for Sekondi in 1997, he has confidently maintained that seat for the NPP. The man from Dixcove in the Ahanta West and Kwahu in the Eastern Region was previously tipped as a probable running mate. A devout Methodist and a lawyer, he had been receiving overtures from some of his colleagues who were quick from the blocks.

An old boy of Mfantsipim School in Cape Coast, between 1981 and 200, pap Owusu Ankomah worked as a law tutor at the Takoradi Polytechnic; Sekondi/Takoradi City Solicitor; Managing partner of Owusu Ankomah, Amanquah & Co and Consulting Associate, Ghartey & Ghartey Law firm, Takoradi, among others.

He is married with three children.

The ruling party is not expected to hold its congress to elect its presidential candidate before October 2007.