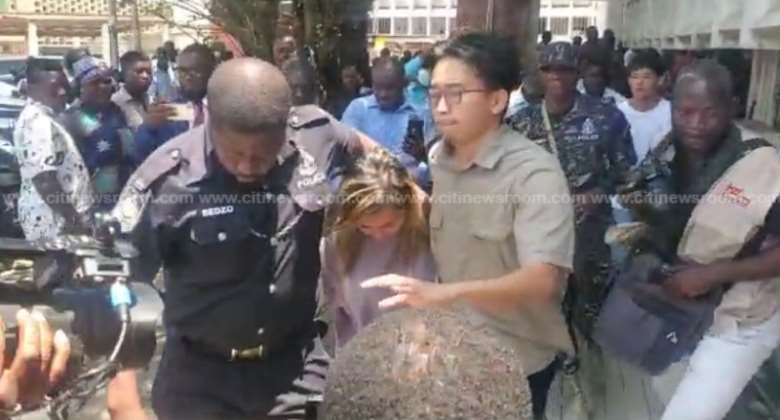 This is pending Huang Lei's trial for immigration offences.

He stands trial together with another Chinese national, Huang Haihua for remaining in Ghana after the expiration of permits, possession of ammunition without lawful authority and possession of forged official documents.

In court on Thursday, the lawyer for the accused persons, Frank Kumakoh, accused the prosecution of levelling charges unsustainable by the facts available. Consequent to this, he said his side will be presenting a bail application before the Court soon.

But the prosecution led by Hilda Craig prayed the Court to commit the accused persons to the Nsawam Medium security prison while the case proceeded.

Upon this prayer, the court ruled that Huang Lei and Huang Haihua, be remanded into the Nsawam prisons.

The Court also directed the Ghana Prison service to produce the accused persons to the Court on the appointed dates for their trial.

While orders have also been issued to both the prosecution and defence to file all relevant documents for the trial, the case has been adjourned to December 13, 2022, for management.