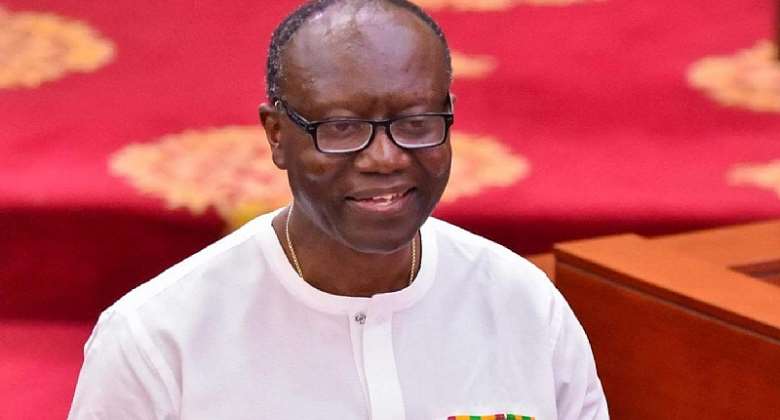 The Minister in charge of Finance, Ken Ofori-Atta has announced a decision by the government to reduce the charge of the Electronic Transaction Levy (E-Levy) from 1.5% to 1%.

The Finance Minister said this when he visited Parliament on Thursday, November 24, to present the 2023 Budget Statement and Economic Policy statement of the government.

In a long presentation, Ken Ofori-Atta stressed that the new budget for the year ending 2023 will focus on actions, initiatives, and interventions anchored on seven-point agenda.

One of the agendas is to aggressively enhance domestic revenue mobilisation.

Through this, the Finance Minister said the government has decided to increase Value Added Tax by 2.5% while decreasing the E-Levy charge to 1%.

Meanwhile, the daily threshold which came with no charge for the first GHS100 transaction has been scrapped.

“To aggressively mobilize domestic revenue, we will among others: Increase the VAT rate by 2.5 percent to directly support our roads and digitalization agenda; Fast-track the implementation of the Unified Property Rate Platform programme in 2023; and Review the E-Levy Act and more specifically, reduce the headline rate from 1.5% to one percent (1%) of the transaction value as well as the removal of the daily threshold,” Finance Minister Ken Ofori-Atta announced in parliament today.

In the 2023 Budget, the government will among other things focus on cutting down the cost of running the government as it pushes to significantly enhance local production, invest more to protect the poor and vulnerable, provide access to good roads, technology, education and health to every Ghanaian.