Scrap the Office of the Special Prosecutor 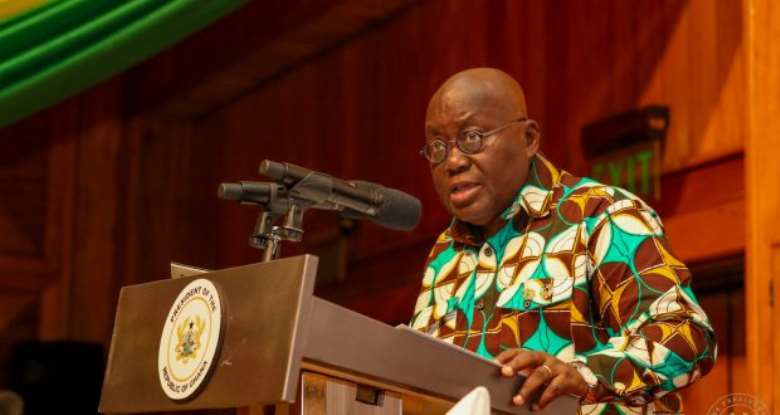 The Office of the Special Prosecutor, the brainchild of visionary President Nana Akufo-Addo, has not lived up to expectation.

The then NPP presidential-candidate Nana Akufo-Addo in his honest desire to uproot the cancerous official corruption, the bane of Ghana’s economic emancipation, from Ghana, promised to create the Office of the Special Prosecutor, if he won the election.

He believed this Office could speedily investigate and fight to eliminate official corruption from the system than going by the usual investigative and prosecutorial processes littered with tactical delays that end up emboldening criminals to carry on committing their crimes with impunity, to the detriment of Ghana. Hence, he walked his talk when he won election 2016. He created the Office of the Special Prosecutor.

However, the two Special Prosecutors so far appointed to the office are total disappointment and disgrace.

Mr Martin Amidu, the first person to be appointed to the office may have had his own secret agenda; surely, that of sabotaging the aims and objectives of the office as may have been envisioned by the president and expected by the wider Ghanaian public.

For the two to three years that he held the post, he was unable to properly investigate even a single person, let alone, successfully prosecuting many corrupt officials. He was all the while being a chirping bird annoyingly flapping its wings in the tree, if not a loquacious inquisitive but ineffective parrot spying on its own owner. He could neither investigate, nor prosecute, a fly!

When he had run out of excuses for not being able to do his job effectively, always blaming the president, or the government, for not providing him with this or that, he had finally to resign his post but not without first making a big fool of himself.

He used the "Agyapa" minerals transaction deal, another innovation by the president to garner more money for Ghana from her shares of the minerals mined in Ghana, as an excuse to tender in his impromptu resignation.

He accused the president and his government of corruption by their "Agyapa" minerals transaction deal.

Subsequently, he resigned, less than a month or so to general election 2020, but not without accusing the NPP of gargantuan corruption by the "Agyapa" deal.

The president could not have implemented the "Agyapa" transaction without parliamentary approval. The Agyapa transaction could not have been implemented in any form or shape without a risk assessment carried out into it and parliament approved of the deal. Therefore, how could the president or his government or party have profited from it in what Martin Amidu made us understand as corruption?

How much money did the president or his family members get from the deal which had not, and never got, started? If they stood to profit corruptly from it, the deal did not materialise in the first place, thanks to the risk assessment with its attendant politicised accusations of corruption against the president, his government and family members.

Assuming the president had given, or intended to give, all the top positions within the “Agyapa” to his friends and family, was the risk assessment not meant to correct such errors before it became fully functional?

According to my knowledge of risk assessments on projects prior to their practical commencement is to tell what the project is about, the potential risks involved, provisions made to mitigate any likely problems, etc.

Find below the minimum requirements for risk assessment.

c) take action to eliminate the hazard, or if this isn't possible, control the risk”

Martin Amidu established the risks and prescribed solutions prior to any parliamentary approval and effective commencement of the project.

The project never got to parliament and never got started. Therefore, where is the established perpetrated corruption as alleged by Martin Amidu upon which he resigned his post amid accusations against the president?

Martin Amidu has failed the nation. He is a similitude of the white-washed tomb that is full of rotten bones inside as said by Jesus Christ. Outwardly, he is a serious person but inwardly, he is worse than a criminal.

The second person to be appointed to the office, Mr Kesse Agyebeng, is also a talkative. He is not doing any serious job out there. Has he been able to go after any of the big fishes? No!

His mum will not even allow him to seriously investigate anyone, let alone, prosecute them. I have said this in one of my previous publications.

From the attitudes of the two Special Prosecutors, it will just be right that the office was abolished. It is just a waste of space, waste of time and energy and waste of resources.

As the black man is not capable of managing their own affairs, as exemplified by both Special Prosecutors, it will just be right to employ a white expatriate as Special Prosecutor if we really wanted to see the office function to expectation.