Sandton terror alert: time for South Africa to improve its intelligence sharing channels with the US

By Moses B. Khanyile - The Conversation
Article 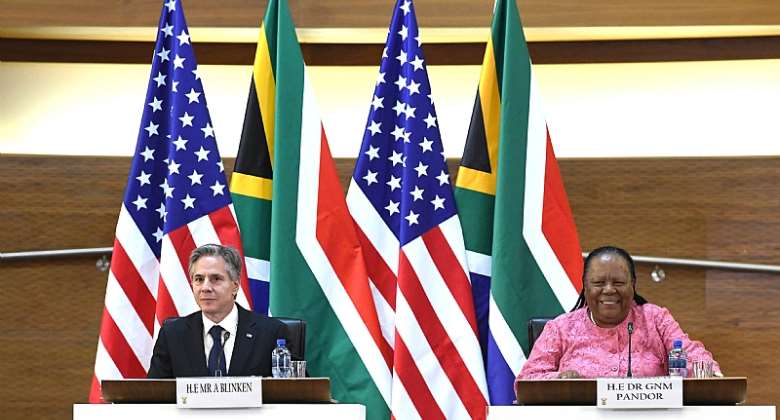 The announcement in October 2022 by the US embassy in South Africa of a possible terror attack caused a lot of confusion, concern and, in some cases, anger in the country. The alert advised US citizens and personnel to stay away from large gatherings around Sandton, Johannesburg's financial centre.

Three major events were planned for the weekend of the purported terror attack. These were a major soccer match in Johannesburg , the coronation ceremony of the Zulu king, Misuzulu kaZwelithini in Durban, and the Pride parade in Sandton. All three events went ahead without any incident, prompting some to say the terror alert might have deterred any attack .

Some derided South Africa's intelligence agencies for failure to pick up the terror threat. Others accused the US of undermining South Africa's sovereignty . While the government recognised that the alert was a standard communication by the US directed at its citizens, it argued that such information should have been communicated to the local authorities through “normal channels”.

According to Zizi Kodwa, the deputy intelligence minister, the US ambassador should have informed the local authorities about the potential threat. The onus would then be on them to announce such an alert or take necessary measures. This procedure was not followed.

The South African parliamentary committee responsible for international relations even called for firmer unspecified reaction to the perceived undermining of the country's sovereignty.

Based on my expertise in defence policy, intelligence and international security strategy and reform, it is my view that the criticism of the US over the terrorism alert was misguided. It ignored a few fundamental facts that are worth noting.

Firstly, the security threat alerts are a common feature of US security practices both at home and abroad.

Since 2020, the US embassy in South Africa has issued at least nine security alerts. They have warned of criminality , civil unrest and bomb threats.

A security alert was also issued on 23 October in Nigeria about a possible terror attack in Abuja .

Secondly, every nation has a primary responsibility to protect its citizens, regardless of where they are located. Countries like Britain, Germany, France, and Australia have issued similar alerts for their citizens abroad. They did the same for their citizens in South Africa.

Thirdly, more attention should be paid to the performance and capacity of South Africa's own intelligence services in sharing intelligence with the embassies it hosts.

South African citizens should be able to expect a similar or comparable alert system from its intelligence or security structures. In the absence of such a system, foreign embassy alerts are the only way for citizens to get terror warnings.

Various reports have recommended fixing South Africa's intelligence services. They include those by the High-level Review Panel on the State Security Agency , the Judicial Commission of Inquiry into State Capture and the Expert Panel into the July 2021 civil unrest .

While the review panel report highlighted the politicisation of the State Security Agency, the state capture commission revealed large-scale corruption within the agency. The report on the 2021 unrest highlighted the lack of coordination among the nation's intelligence services. This resulted in poor and late response to the mass looting and destruction in KwaZulu-Natal and Gauteng provinces.

The combined effect of these reports shows serious governance, operational and structural deficiencies in the intelligence services. These require urgent attention.

The government has since taken some steps which may help restore public confidence in the country's intelligence services. These include the relocation of political oversight responsibility for the State Security Agency to the minister in the presidency. Leadership vacancies have also been filled.

The recent appointment of Ambassador Thembisile Majola as the agency's new director general and Imtiaz Fazel as the Inspector-General of Intelligence, signals a strong commitment towards ensuring an efficient and effective intelligence capability. Unlike his predecessor, Setlhomamaru Dintwe , who was appointed after the post had been vacant for two years, Fazel was appointed timeously at the expiry of Dintwe's five-year term.

A stable intelligence service community will ensure that the discovery, monitoring and exposure of people with criminal or terrorist intent is not left to foreign intelligence services. Better still, these can then be identified and brought to justice.

For example, on 7 November 2022 the US Treasury announced that it had identified and imposed sanctions on four individuals and their eight companies in South Africa's port city of Durban. It accused them of providing technical, financial and material support for ISIS operations. There has been no indication that the country's intelligence services were alert to the individuals' actions.

The country also runs the real risk of being subjected to additional governance scrutiny by the international Financial Action Task Force (or grey-listing ) because of failures in its financial system to detect illicit financial transfers, terrorist financing and money laundering.

Tensions between the US and South Africa – this time over the terror alert – are nothing new. Their relations have always had highs and lows since South Africa became a democracy in 1994.

They have tended to converge on socio-economic issues, but diverge on the global political outlook. But the two nations have been consistent in safeguarding their mutual interests.

From an economic perspective, the US is South Africa's second largest trading partner , after China, with a total of US$13.1 billion of exports destined for the US.

On the political front, South Africa has disagreed with a number of US policies. One is Washington's approach to the Palestine issue. For its part, the US would, for example, have preferred South Africa to take a strong position against Russia in the Ukraine conflict .

But the US will not be reckless by pushing South Africa out of its diplomatic fold. This, in my view, would only benefit countries like Russia and China. As a regional leader, South Africa provides geostrategic and geopolitical value to the US. Washington continues to support Pretoria economically and technically.

That said, South Africa should spare no effort to prevent it from becoming a safe haven for funding terrorism activities . This will also help reduce the possibility of diplomatic misunderstanding between itself and the US on financial security matters.

Moses B. Khanyile does not work for, consult, own shares in or receive funding from any company or organisation that would benefit from this article, and has disclosed no relevant affiliations beyond their academic appointment.