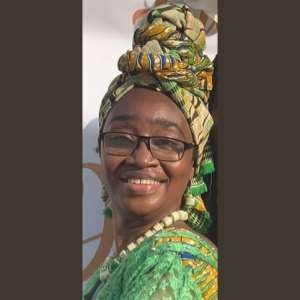 The bewildering spectacle of Ken Ofori Attah glued to the honey, dare I say Ghana's money, at the Finance Ministry as though his very lifeblood will be snuffed out if he were dislodged because "sika ye mogya", is ever so painful to watch.

Will Ghana cease to exist without Ken Ofori Attah as Finance Minister reading the 2023 budget and completing an IMF negotiation so that we cannot escape his very financial fingerprints we are pleading against?

We need a sea- change from our current angst to untainted fresh minds and credible new selfless ideas so that we can unearth a dignified collective and collaborative destiny for a truly needy and unprincipled suffering Ghana!

Is it not selfish and unpatriotic for President Akufo Addo of the New "Patriotic" party to traumatize an entire nation for one person to be a hanger -on to the national purse?

There is an obvious loss of public confidence bolstered by withdrawal of support by his own Party MP's even if Ken Ofori -Attah were the best financial wizard on planet earth.

His staying on as a "fugitive" Finance Minister is certainly divisive and unpopular. How can the President and his cousin so audaciously disregard a consensus plea that Ken Ofori Attah should go, Now!

All we are saying is: We do not want the appearance of, Or, apparent insider financial improprieties; We cannot stand a self - dealing, bible quoting "Kenbond" Ofori Attah handling our finances and plummeting our economy while being slippery with strategic christian posturing and splitting hairs about Cathedral funding which is the President's Private Initiative and clearly NOT "an other" Ghana government commitment which qualifies for the use of ANY public fund or vault.

The fact is, after Ken Ofori Attah's take-over of the commanding heights of Ghana's economy with serial borrowing escapades and overarching databank tentacular influence over monetary policy, the cedi has become illiquid and rubbished without any hope of elevation absent an IMF rescue which he so pompously disdained.

What a mess that the President who has sadly saddled the nation with a huge burdensome governmental machinery makes big promises such as protecting the public purse without sincerity but rather lives large in a power bubble and "yentie obia" zeal regardless of what concerned citizens feel.

Meanwhile the NPP's revolting MP's are inconsistent, and subservient to political manipulation. Their on_ again off- again boycott of Ken Ofori Attah stance is without effective backbone as elected Peoples' Representatives.

The President seems to want to lead the NPP into opposition in his outgoing term in spite of their "breaking the 8" increasingly hollow chant. Is it because President Akufo-Addo has already fulfilled his pampered dream to be President to our regretful chagrin? But, what is his legacy going to be?

President Akufo Addo's "Sika mpe dede" speech which did not have much of a reach did not even Ring true and did not give needed Reprieve. The out - of- touch self-praise also did not resonate with our dire Reality. His Repetitive status- quo with "Kenbond" Ofori Attah bondage as an entrenched illogical panacea even if temporary, is Replete with Further Despair rather than Future Repair.

His Excellency forgets that in ogyakrom de3 ,"moneyswine", "Money de talk", "Sika ye mogya ampara" and it is the suffering masses who are without sika in a deadly and emasculated economy.

Perhaps "Presido" meant that "sika mpe rough," because his so called "We have the men" / guru government has roughened up the economy to near fatality. Keeping Ken Ofori Attah at all cost, come hell or high water, has no economic vitality.

Quite simply, Ghana's current bankruptcy and desperate need of a $3bn IMF infusion is due mostly to a deceptive Akufo Addo/ Bawumia government that has borrowed us into a sink hole with a definite promise not to borrow.

Serial debts with a default risk and Populist policies with run -away expenditure without appropriately structured or commensurate revenue inflows as well as corruption and a wicked and severely compromised natural resource extraction regimen which is detrimental to corporate national interests including the "Agyapa insurrection" contrived by Ken Ofori - Attah et al are to blame.

Ken Ofori Attah has become an⁷ albatross around the President's neck, dragging him down and provoking anger and vociferous calls for the President's own resignation in a what cannot bend must break scenario. Yet, the President cannot hear any "dede".

*Does the President's familial allegiance to the finance Minister supersede his moral and legal obligations to the nation so that he can Not just let Ken Go?

What more is there for Ken Ofori Attah to prove? We have seen his accomplishments. We live constricted in the suffocating aftermath of his financial footprints.

Does President Akufo Addo prefer disgrace to dignified exits?; Does he need scandals of the Charles Adu Boahen "caught in the Act " variety in order to also Act ? Is the wearying state of the economy in supposedly super hands not scandalous enough?

So Charles Adu Boahen has been sacked for operationalizing the finance ministry conflict of interest modus operandi when faced with a controversial Anas Principle of which the President approves or What?

When faced with agent provocateurs of the Anas variety, Charles Adu Boahen succumbed into the default culture mode of his private brokerage firm benefiting from bond market deals as though that were acceptable financial engineering by seeking to interject the use of his private real estate firm for a cool $3m equity for a fully funded $15 project by the fake investor!

MR Adu Boahen readily forgot ethics in governance or that TOR is idling away, that Komenda sugar factory is producing zilch, that We have a Bonsa tyre factory or that Saglemi housing project is supposedly up for sale! etc and that 1D1F could use facilitation in manufacturing or that we need green investments in renewable energy.

He did not as a Deputy Minister of finance think about youth unemployment, he first thought about his personal 20%. * Is that not the governmental insider status- quo that repeatedly shortchanges the nation and deprives us of investment capital?

So what is the hypocritical referral by the President to the Special Prosecutor to accomplish as though the powers that be have been unaware of the contents of the Anas Galamsey video since 2018?

Is the SP to investigate the Vice President regarding the opinion that $200k facilitation fee would be appreciated for campaign purposes? Is there an experiential basis or precedent for that opinion?

Charles Adu Boahen obviously took the offered dollars for plenty shopping, what is there to investigate? He even charitably lowered the bar from Kwasi Nyantakyi's $3m for the Veep. Has anything concrete come out of the Nyantakyi "President in his pocket" for $5m case ? Were the two gentlemen under duress when they volunteered their opinion or happily awash with free cash?

Because cover -ups are intrinsic to corruption, Charles Adu Boahen was hedging, and being spurious, claiming he does not accept cash without work while doing exactly that, asserting the "Veep is not like that" while stating very specific conditions for his operational facilitation just like that.

The Vice President can certainly sue for defamation without the SP's supposed investigation!

**Dear Reader did you know that unregulated campaign finance is the underlying cause of CORRUPTIONOCRACY and vote buying which has replaced democracy as the preferred form of governance in Ghana? Sorry for useful digression!

Now then, Some from the grassroots are making public "dede" with hooting hopla. There are also protest marches and strikes.

Has Power and the perks of office so derailed our President that he cannot hear any "dede "even from his own distraught MPs beginning to see bright lights of eminent political losses who have also for the time being been whipped in line for Ken Ofori Attah's unwanted budget delivery with practised "piety"?

So the die is cast, President Akufo Addo would rather implode a ticking time bomb for Ken Ofori Attah to stay on supposedly a little longer but is it not with such subterfuge hope that an ironic IMF inspired turn- around keeps him anchored after a 6 -year outing culminating in our sika outage ? Is this Why our President is prolonging this "animal farm Kenbond" outrage?