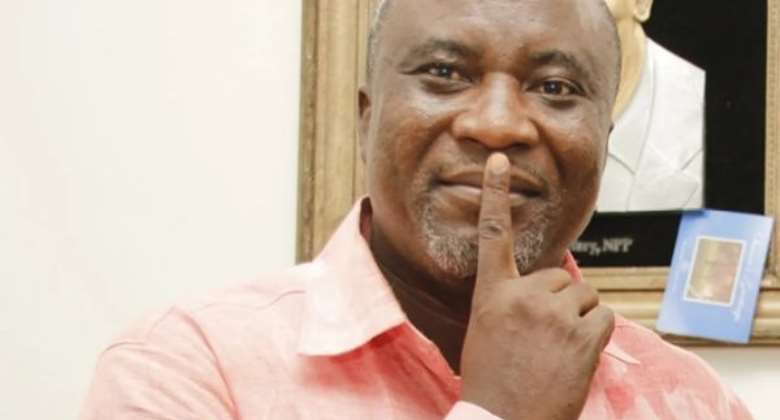 Hopeson Adorye, a leading member of the ruling New Patriotic Party (NPP) and 2020 Parliamentary candidate for Kpone Katamanso constituency is crying wolf that he has been sidelined in his government.

He says he is now suffering in the party because of his affiliation with Alan Kwadwo Kyerematen, Trade and Industry Minister who is aspiring to become the Presidential candidate of the NPP.

The outspoken politician revealed his agony while speaking to Accra-based Neat FM, saying, “Because I support Alan, I’m suffering something huge from my own government.”

Hopeson Adorye, despite the numerous warnings to NPP stalwarts not to endorse any presidential and parliamentary hopefuls, has openly declared his love for the Trade Minister to lead the party in 2024.

Watch his video below:

Being an MP is serious business; the responsibility of a Min...
32 minutes ago