By By reporter
NDC News 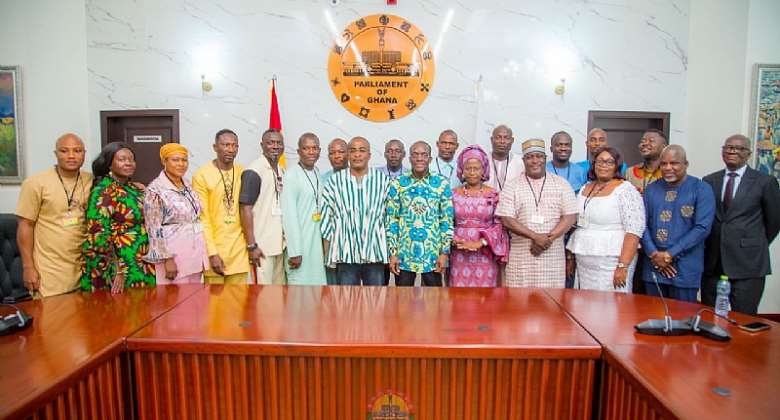 The team, led by the Chairman, Emmanuel Nii Ashie Moore called on the Speaker to introduce themselves to the head of the country’s legislature.

Mr Ashie Moore, a one-time Member of Parliament for the Adenta constituency was in the house with his team to also confer with the Speaker on the responsibilities of their new roles.

The Speaker, who welcomed his comrades, congratulated the new executives for their achievements in the recently held NDC regional elections and charged them to work hard.

The Speaker also admonished the NDC Greater Accra regional executives not to betray the confidence reposed in them by the region's delegates.