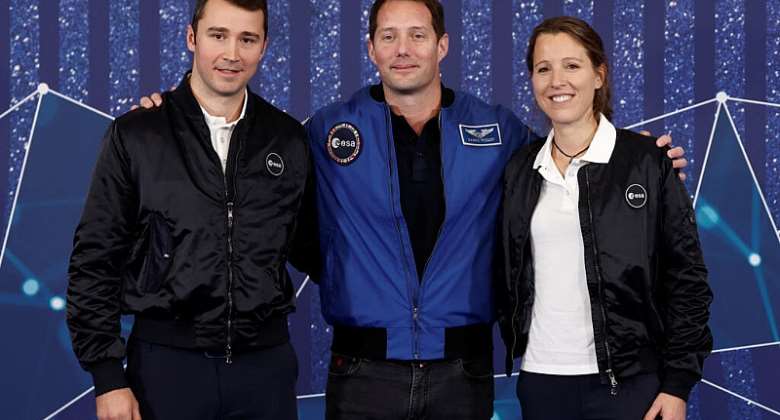 The European Space Agency has named five new career astronauts – two women and three men – while member states agreed to boost the agency's budget by 17 percent in order to keep up with competition from the United States and China.

These are the first new European astronaut recruits since 2009, chosen out of more than 22,500 applicants.

The ESA also announced its first astronaut recruit with a physical disability - Britain's John McFall, who will join a an experimental "parastronaut" programme aimed at assessing what people with disabilities need to take part in future missions.

McFall, who had a leg amputated after a motorcycle accident at the age of 18, represented the UK as a Paralympic sprinter and works as a trauma and orthopaedic specialist in the south of England.

The ESA's 22 member states also agreed to boost funding for the agency for the next three years, to 16.9 billion euros - 17 percent higher than the 2019 budget, but less than the 18.5 billion requested ESA director-general Josef Aschbacher.

Aschbacher said programmes would be adjusted, but not droppe,  because of the funding gap.

"We will have to see what may be done and what may not be done at the same scale as was planned before," he said.

The budget will fund space exploration rocket launches as well as climate research and other projects.