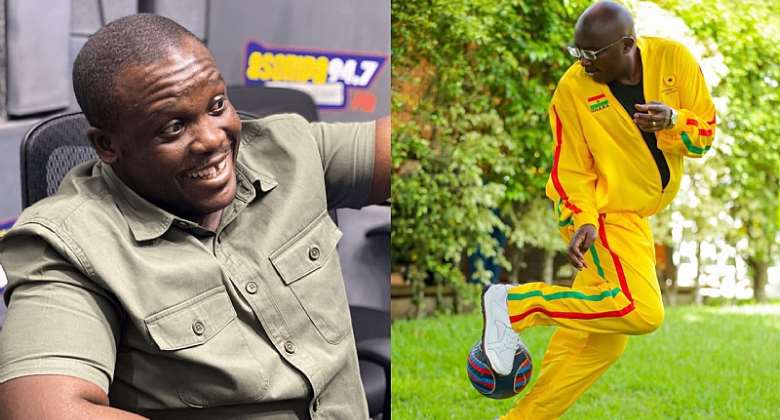 The Vice President in a video displayed his football skills while wearing Black Stars’ paraphernalia in a message to Ghanaians to support the Ghana Black Stars team in the ongoing FIFA World Cup in Qatar.

He urged the team to give their all and produce positive results for themselves and the entire nation.

Dr. Bawumia added that they should not fear any opponent in the tournament in a video shared on his social media handles on Wednesday, November 23.

“I want to urge the Black Stars to go on and play their hearts out for mother Ghana. We can stand the world. We have done it before and can do it again,” the vice president said.

He urged, “They [Black Stars] should go out and emulate the historic deeds of their predecessors. God bless you all. We can do it. Go Ghana Go! Go Black Stars Go.”

In reaction, the vocal legislator said the Vice President must rather focus on delivering his constitutional mandate as the head of the country’s Economic Management Team (EMT).

He stressed that Dr. Bawumia should stop parading himself as if he is the captain of the senior national team and solve the country’s economic crisis.

In a tweet on Wednesday, November 23, Sam George wrote, “When the head of the EMT is showing football skills at a time our economy is in the KVIP and our currency is toilet paper value, you know we have a major issue.”

He yelled, “Fix the economy Dr. Mahamadu Bawumia. You were sold to us as an Economic Wizkid not Black Stars captain. Abufus3m!”