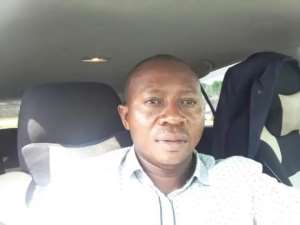 Kinshasa, November 23, 2022 – Authorities in the Democratic Republic of the Congo should immediately release journalist Olivier Makambu, drop all legal proceedings against him, and reform the country’s laws to ensure journalism is not criminalized, the Committee to Protect Journalists said Wednesday.

On Wednesday, November 16, two police officers arrested Makambu, program director of community broadcaster Radio Communautaire pour le Renouveau du Kwango (RCRK), from his home in Kenge in the country’s northwest, and later took him to the Kenge central prison, according to a report by local press freedom group Journaliste en Danger (JED) and Ruphay Ndamba, another RCRK director, who spoke to CPJ on the phone.

According to that report, the officers had a provisional arrest warrant issued by the Peace Court in Kenge in connection with a defamation complaint by parliament member Tharcisse Matadiwamba Kamba Mutu over an August 19 RCRK broadcast about Matadiwamba’s alleged interference in a succession dispute between local customary chiefs.

“Authorities in the DRC should swiftly release journalist Olivier Makambu and cease their legal harassment of him. Authorities should also release journalist Patrick Lola, who has remained behind bars since January 2022,” said Angela Quintal, CPJ’s Africa program coordinator, in New York. “The repeated arrests of journalists across the DRC and the maintenance of criminal defamation under Congolese law are alarming indications that the press is not safe under Felix Tshisekedi’s presidency.”

Ndamba told CPJ that Matadiwamba filed his complaint with the Kenge prosecutor’s office on August 20, the day after the broadcast. He said the prosecutor had summoned Makambu to appear on November 16 for a second hearing related to the complaint, but as the journalist prepared to respond police arrested him and took him to the court hearing, where prosecutors asked him questions for 30 minutes and then transferred him to Kenge’s central prison, where he remained as of Wednesday. Makambu’s next hearing date had not been set, Ndamba said.

On August 25, the provincial government of Kwango province, of which Kenge is the capital, instructed journalists not to report on the succession dispute over concerns that coverage may increase tensions, local news site congoprofond.net reported at the time. Congoprofond.net characterized the government directive as “a thinly veiled way of undermining the fundamental right to expression, in particular the journalist’s right to access sources of information and the public’s right to be informed of what is happening in their environment.” The report did not specify what, if any penalty, the government would impose on journalists who reported on succession disputes.

At least one other journalist remains in detention in the DRC. Lola was arrested while covering a demonstration in Mbandanka city in the northeast in January 2022.

Being an MP is serious business; the responsibility of a Min...
43 minutes ago