Senyo Hosi writes: Open Letter To H.E. The President The One Big Decision - Replacing Ken, If At All! 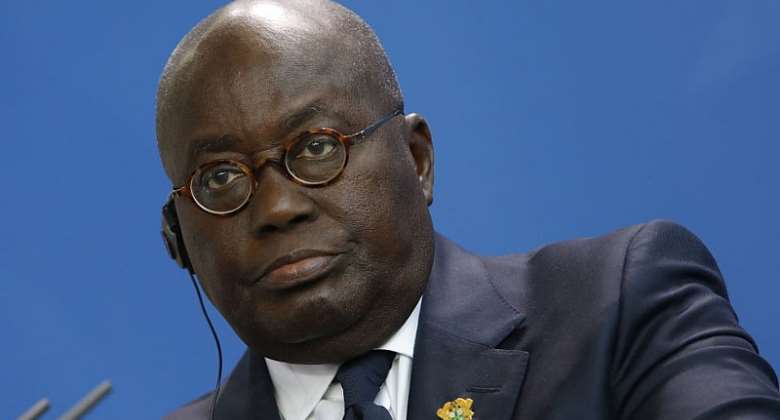 The past few weeks must have been among the most difficult for you. You have not only contended with your political opposition but, ironically, with members of your party over none other than, undoubtedly, one of your foremost confidants and trusted lieutenants. The ask for the head of Ken Ofori-Atta, in your case, may be akin to the ask for a part of your soul. We may love or hate you, but for sure, we can’t take this from you: You don’t take loyalty to your team lightly.

The demand of the 98 or so NPP MPs for the Finance Minister to go, despite the many overtures you have made to appease them, seems to suggest that the exit of Ken Ofori Atta (KOA) has become almost inevitable. Maintaining and superintending this deadlock will make the country ungovernable. History will not be kind to us if we have no lessons to learn from the executive-parliament impasse of the 3rd Republic. I hold nothing against KOA. I believe he has done his bit and run his race, but Ghana is bigger than us all. We must be humble about our reality if we can’t change its tide.

Unsurprisingly, the political hawks in your party have lined up in pursuit of his position or to influence his replacement. I can understand the politics. Unfortunately, the dire situation we find ourselves in as an economy and to a material extent, as a country, transcends the party politicking characteristic of our time.

Mr. President, the value of our Euro bonds, for example, has fallen by over 60% in barely a year and same can be said of the value of our Cedi. Respectfully, this sudden drop for any financial market is catastrophic. It is inspired by a loss of confidence in government policy and information credibility on the local and international financial markets. In simple terms, the market does not trust what government says it has done or intends to do. We have simply lost fiscal credibility and it is tied to the political frame of the leadership of the financial sector. Any competent analyst will tell you that the market wants the head of KOA more than the politicians. The market holds him responsible (whether fairly or unfairly) for failing to hold the fiscal line and marshal the discipline required for our debt sustainability. Making E-levy so central to fiscal policy only for its forecasting to woefully fail as well as the debt ratios and his anti-IMF stubbornness did him and us no good. To make matters worse, inflation and the depreciation of the currency have migrated macro-economic jargons from their obscure place of academic speak to the very present reality of the average Ghanaian. In other words, we can feel it in our pockets. Ghanaians describe this in three Akan words: “Kurom Ay3 Hye”. Unfortunately, in such times, it is the Finance Minister the people see and think of.

Mr. President, your appointment (if you will have to make one) of the next Finance Minister will easily be the most important decision you will be making on the economy as you wrap up your tenure in office. Your decision must be inspired by Ghana’s economic recovery and not your party’s electoral viability in 2024. Mr. President, it is time to think about the next generation and not the next election. It is time for patriotic leadership.

With fiscal credibility lost, the market does not just need an IMF. It needs credible fiscal leadership even more. Your appointment of the next Finance Minister must be purely hinged on competence and financial market credibility. Having said this, the out-and-out politician in your party and overt party sympathizer will not inspire the credibility the market seeks. To be blunt, none of your current MPs and Ministers can offer what this market needs. The market will not have tolerance for an appointee who is likely to sacrifice fiscal discipline for party political considerations in an election year when fiscal recklessness is often the name of the game.

It is time for a technocratic and meritocratic appointment of one truly respected and accepted by the financial markets and across the political divide. I highly recommend you consult key stakeholders in the local and international markets (Banks, fund managers, Multilateral agencies, etc.) in your shortlisting and considerations. The following names I find worth considering:

As the size of government remains one of concern, there is no doubt that the Ministry of Finance should lead the way in its resizing. I recommend the following for consideration as the replacement for the Minister of State for Finance:

Your Excellency, the above names are just to give tangibility to the concept advised. I believe there are other equally competent candidates you may consider, but I, nonetheless, urge you to consider the guiding principle expatiated above – put the national interest above all else. Uneasy lies the head that wears the crown. Your current position is truly not envied. I have often said the presidency is easily the loneliest job in the world. Almost everyone, including your conjugants, is in pursuit of your influence for their private gain. You still will have to make a call!

A call for legacy, or a call for politicking?

As Captain Planet, my favourite cartoon character, would say: “The power is yours!”

NB: The Fiscal Council – At the centre of our current economic situation is the sub-optimal fiscal management which could have been curbed by the Fiscal Council as originally envisaged as a binding institution of the state. Unfortunately, the Council, despite being led by one of Ghana’s finest, Dr. Paul Acquah, was stillborn by making it an advisory body. After all, no one is bound by a piece of advice. Please take steps to make it truly independent and potent.

PS: I apologize for using this medium. Unfortunately I don’t have your ears or any access to you. So, as it is said, “if you wish to speak to God, speak to the wind.” I am also advised that septuagenarians hate being told what to do. Therefore, I believe you know what to do. So, please forget all I have said and use your God-graced wisdom and be like Nike – Just Do It!

The Speaker of Parliament

The Chairman, Council of State The Majority Leader, Parliament