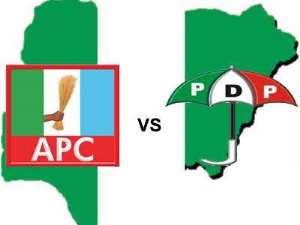 Igbo Think Tank umbrella body of Igbo Professionals, intellectuals and clergy whose aim is to Turn Igboland into Japan of Africa, do hereby by this memo, alerts the Board of Trustees that there is likely going to be a partial disruption of presidential polls in the South East due to the irreconcilable differences between difference camps of secessionist agitations.

Igbo Think Tank had earlier initiated engagements with elements of the two feuding camps of IPOB, the DoS and the Auto-Pilot in Abuja.

Recall that the Vice Chairman BoT of ITT, Rev Obinna Akukwe and team of ITT Security and Intelligence Committee engaged elements of the two branches that were in Abuja over the continued detention of Nnamdi KANU and deteriorating health conditions. The IPOB faithful also met some Igbo leaders present during the Igbo Day Celebrations in Abuja.

Igbo Think Tank engaged elements of two groups on the disruption of Polls in the South East on the 29th of September and issued press releases warning against any disruption of polls in the South East. ITT also promised to align with other peace building agencies viz Igbo Mandate Congress IMC, PANPIEC 2023 Presidency Strategy Team, General Assembly of all Igbo Christian Organizations and Ministers GAAICOM , Veteran Igbo Activists on Peace Mission VIAPM, to step up the political pressure for the release of Nnamdi KANU through the organic links of these bodies.

The Auto-Pilot Group through its leadership Mazi Simon Ekpa responded promptly on the 30th September to Igbo Think Tank Group, that ‘They will not allow elections in Biafraland’.

Recall also that ITT Security and Intelligence Committee gave Abuja Terror Alert on Sunday October 23rd whose validity expires on the 12th of November and warned Igbo businesses along Aminu Kano Crescent of terror alert. The next day, Monday, US issued its own terror alert covering the entire FCT.

While we laud the ITT Security and Intelligence Committee for their accurate and timely intelligence, it is trite to bring to the notice of the able Chairman and Secretary that the Committee has warned again that if the feud between the two camps of IPOB is not resolved, there will be partial disruption of polls in Igbo land.

Consequently the vigorous efforts and sacrifices of the over 600 Peter Obi Support Groups and teeming Igbo Youth and the subsequent harvest of votes in the South East will be truncated. Equally the efforts of Bola Tinubu and Atiku Abubakar politicians in APC eyeing the post of Senate Presidency and Secretary to the Government of the Federation slot respectively, will be fruitless.

We view it unwholesome that while other zones are jostling with political activities, Igboland will be under electoral threats. Therefore, in view of the foregoing, and in line with the suggestions of the Security Committee of ITT, I advise that the Chairman and Secretary of BoT ITT, nominates additional two persons from ITT pool of experts to join in fence mending between the two feuding camps of IPOB , the DoS and Auto-Pilot with intent on bringing peace of Igboland, successful conduct of 2023 polls, suspension of the bloody implementations of Sit at home, suspension of attacks on legitimate businesses of Northerners and earliest release of Nnamdi KANU.

Vice Chairman Board of Trustees,