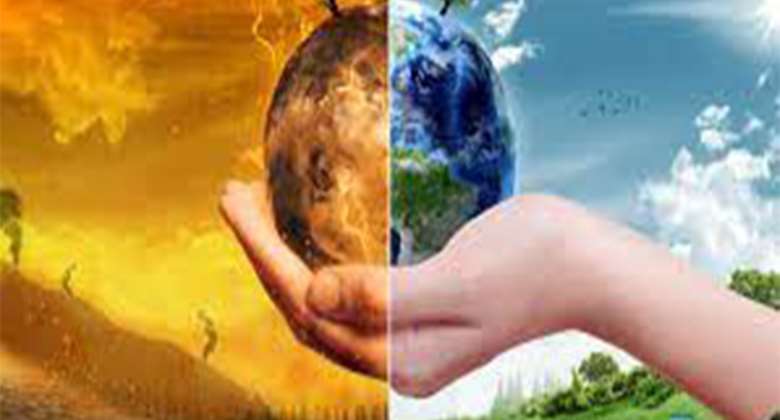 THE WORLD has never been so serious with an assignment bordering on the climate and the reason is not far-fetched.

With the curtains now drawn over the COP27 in Sham El Shaikh in Cairo, Egypt we can only put up 'a wait and see' attitude.

The burning of the midnight candle approach to the subject as world leaders converged upon the resort is indicative of the criticalness of the subject.

Previous attempts at arriving at decisions about the changes in global climate evaporated as soon as the engagements ended during as evidenced in COP26 in Glasgow, Scotland. This one appears different especially, as evidenced by the extension of the timing by an extra day so finality could be given to a grey area.

The developing world has contributed only an insignificant amount to global warming even as this part of the globe ironically suffers the fallouts from climate change in levels not proportionate to such contribution.

Demanding so much by Africa so this part of the world can cope with the phenomenon and even contribute towards the campaign to reduce greenhouse emissions should never be considered as greed or too much. Thankfully, it is not about Africa asking for too much but the wealthy countries being sincere about their pledge.

The drought which has hit some parts of Africa and the destructive deluges are both the making by and large the wealthy nations.

A world enduring painfully the fallouts from the energy war, post COVID-19 fallouts and even food insecurity has put Africa in a more vulnerable state. Climate change has therefore only aggravated an already bad situation.

Now that a decision has been reached on the way forward, it is our hope that there would no longer be the wavering attitude which characterised the earlier engagement over the subject.

Today, more than ever, the knowledge about the effects of climate change has seeped into people who previously did not understand why rains would be falling outside the raining season, and ceasing completely in some areas leading to fatality among both human beings and ruminants.

The carcasses of livestock the wealth of some residents of parts of Africa are reminders about what climate has done to this continent.

The $100 billion annually by the industrialised world should go a long way in mitigating the fallouts of the climate phenomenon on a continent where poverty, disease and famine have been aggravated by the self-inflicted condition.

Let humanity stop the avoidable march to the climate precipice so future generations would not wonder why we chose the path of recklessness about nature.

With science providing us with sufficient knowledge about the approaching climate Armageddon, it behooves global policy drivers to respond sincerely by making good their pledges.