David Ako-Annan Wins One for Ghana! 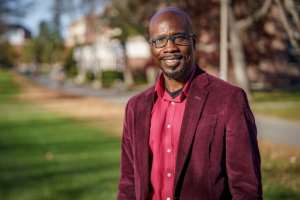 It is a common professional and occupational dietary fare, here in These United States of America, that rarely makes the banner news headlines. So, when I recently came across a news item in which a Ghanaian-born healthcare administrator by the name of David Ako-Annan, resident in the lilywhite New England State of Maine, on America’s border with the British Dominion of Canada, was reportedly awarded the remarkable sum of $3 million (USD) by an all-white jury, for suffering a racially motivated discrimination on the job, I could not help but heave a deep and a vicarious sigh of relief (See “Ghanaian Man Awarded $3 M in Racial Discrimination Lawsuit in US” Face2FaceAfrica.com/Ghanaweb.com 11/12/22).

Yes, I heaved an indescribably deep sigh of relief because there have occurred innumerable instances of racial discrimination against an equally countless number of Ghanaians and Africans resident right here in the United States of America that transpired with scarcely any hint of their occurrence, for the most part, because we were much too poor to be able to retain the services of reputable or crackerjack lawyers who were willing or eager to go to bat for us, as it were. Fortunately, however, in the very interesting if also patently pedestrian case of Mr. David Ako-Annan, 46 years old, the plaintiff appears to have at least been passably well-heeled enough to have been able to patiently haunch down long enough in order to be able to relentlessly fiercely and successfully fight back with equal vengeance.

Predictably, however, we are also informed that the plaintiff’s battle for justice was absolutely no cakewalk at all, in African-American parlance, that is. In fact, we are further informed that so dicey did the outcome of this case inescapably seem to even the white attorney hired by Mr. Ako-Annan as to make Mr. Ryan Schmitz, reportedly, request, unsuccessfully, to have the venue for the trial of the case moved from the predominantly white northern part of Maine, where the plaintiff had been employed as a management supervisor with a healthcare facility called Northern Light Eastern Maine Medical Center, to the southern part of the State of Maine, so as to ensure that an ethnically and racially diverse jury pool could be assembled in order to give the plaintiff a fair chance for justice.

In the end, the presiding judge of the case would be vindicated in his pretrial assurance to the plaintiff and his attorney that, indeed, the case could be tried in Northern Maine without prejudice. Still, the fact that the plaintiff’s white attorney would request that the location of the aforesaid trial should be moved from Northern Maine, where the plaintiff had been employed for some six years prior to his racially tinged dismissal, clearly points to the fact that racism or racial discrimination against non-European-descended American citizens, in particular Americans of Continental African Descent, is well and alive in “these” United States of America. This columnist knows what he talking about because for most of the nearly 40 years that he has been living in the United States of America, yours truly has been incessantly, constantly and consistently fed with a sumptuous and a surfeit diet of ethnic and racial discrimination, in which a remarkable number and percentage of his senior colleagues and some of his supervisors in the recent past have made it clear to him that he was, indeed, a second-class citizen, at best, whose human and civil rights, a la Chief Justice Taney and Dred Scott fashion, could not be either validated or respected by the generic white man or white woman, for that matter.

That it was a white-female supervisor who caused the dismissal of Mr. Ako-Annan, and not the stereotypical white man, is equally significant to note here because in the recent past, a “Misandrist” revolution appears to be fast occupying center-stage of mainstream Euro-Aryan American Culture with the apparently single-minded objective of significantly whitling down the number and percentage of the traditionally white-male dominated workplace. This misandristic onslaught has been remarkably successful because its key operatives have, for the most part, been able to strategically leverage the phenomenon of the perennial victimization of women by a deeply entrenched Euro-Western patriarchy. In the case of Mr. Ako-Annan, the “predatoress” or victimizer, by the name of Ms. Donna Ashe, also used the familiar pretext of her brief service as a “foster mother” of a biracial child, some three decades ago, as a strong defense against the charge of racial discrimination.

The respondent’s “foster motherhood” claim would, however, be promptly disproved in court. The successful outcome of the Ako-Annan racial discrimination lawsuit notwithstanding, for the African-descended male person here in the United States of America, there still exists the double-whammy scourge of both race and gender as veritable markers of pretextual or a priori criminality. Thus far, there well appears to be no end in sight.