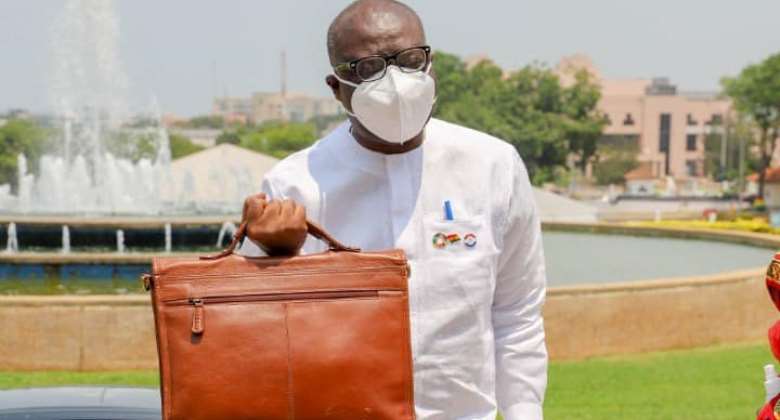 The 2023 Budget Statement and Economic Policy of the Government will be presented to Parliament tomorrow, Thursday, November 24.

Article 179(1) of the 1992 Constitution states that: “The President shall cause to be prepared and laid before Parliament at least one month before the end of the financial year, estimates of the revenues and expenditure of the Government of Ghana for the following financial year”.

Over the years, the Finance Minister is appointed by the President to present the Budget Statement to Parliament, however, this year, that practice is likely to change.

This is due to calls for the removal of the Finance Minister by both the ruling New Patriotic Party (NPP) Majority Caucus and the opposition National Democratic Congress (NDC) Minority Caucus for his alleged roles in the economic hardship the country is facing.

The Majority is calling on the President to remove or reassign the Minister while the Minority has chosen to use a vote of censure.

The Majority Caucus had said unless a different person presented the Budget Statement to the House, they would boycott it.

Meanwhile, indications are that, the Finance Minister would present the Budget after NPP’s meeting with the President.

Mr Osei Kyei-Mensah-Bonsu, the Majority Leader and the Leader of Government Business in Parliament, had already given the House the assurance that in line with Article 179(1) of the 1992 Constitution, the President would surely cause the Budget Statement to be presented to the House.

He noted that what had led to a little delay in the presentation of the 2023 Budget Statement to Parliament was due to the ongoing negotiations between the Government and the International Monetary Fund (IMF).

The Budget Statement presentation, would be followed by a three day Post Budget Workshop in Ho from November 25-27 for Members of Parliament (MPs), as well as some select staff of Parliament.

Debate on the Budget Statement is expected to start on Monday, November 28, which would be followed by the passage of the Budget Appropriation Bill.