Should Nigerians Be Concerned About Tinubu’s Cognitive And Physical Capabilities? Yes, But Why Joke About His Health? 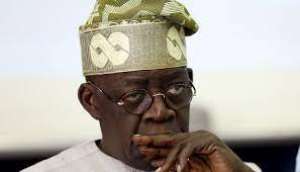 Some Nigerians, particularly his critics, doubt Asiwaju Bola Tinubu, the All Progressives Congress (APC) presidential candidate, will be able to withstand pressure if elected president. Is he mentally or physically fit they are asking but joking about day in and day out?

Nigerians have the right to be concerned about a potential president’s health. The late President Umaru Musa Yar'Adua had an apparent serious illness that was shrouded in secrecy after months of medical treatment in Saudi Arabia, and he returned to the Aso Rock presidential villa, where he died suddenly.

The public's concerns about a president's or a would-be president’s health are legitimate, and it is certainly unfair to say that the Nigerian people should not have a stake in their president’s ill-health or capabilities.

Yes, a full disclosure of a presidential candidate would put to rest the rumors, fabrications, and even fear, especially with what occurred around President Yar'Adua.

The illness of any person is a cause for concern. It is clearly an error of judgment on the part of some Nigerians when every time Tinubu makes a mistake, a memory error, or shows physical imbalance across the world, the social media, especially Facebook and WhatsApp, show a string of gaffes, especially on the campaign trail.

It is natural for humans to laugh at gaffes, and even the producers of gaffes sometimes laugh at their own slips of the tongue, and it is not unusual for such a person to be mocked by humorists. Assuming Tinubu’s slips, occasional odd gaits, or even signs of cognitive decrease show periodically, how does constant joking about these noticeable incidents make many Nigerians who are not his physicians openly categorize him as having Alzheimer's disease and other forms of medical difficulties?

In my capacity as a clinical/forensic psychologist who for over two decades has been involved in cognitive and memory assessment, (I have not examined Tinubu), no ethically bound psychologist, psychiatrist, orthopedist, cardiologist, neurologist, or physician should engage in spurious or speculative statements on the supposed mental or physical health of Tinubu. But many in the public are engaged in this yeye or unnatural behavour.

As we know, it is not unusual to observe acts of confusion, memory or thinking problems, or physical imbalance or wear and tear in older adults or elderly individuals. No, dementia is not a regular part of aging.

Even if people learn from Tinubu's doctors that he has a memory or physical ailment, that has not prevented him from actively campaigning, and making sick jokes on social media only demonstrates some Nigerians' emotional and cognitive immaturity. These Nigerians' actions are also indicative of an unhealthy culture that appears to be desensitized to the suffering of others.

Let's take the National Association of Seadogs (Pyrates Confraternity), an association originally founded at the University of Ibadan, where during a procession by some of its members, a viral video showed them engaging in seriously sick jokes and the most disgusting, filthy, offensive, and vile songs about an elderly man as shown below.

The lyrics of the song the pyrates sang read:

These are truly tasteless jokes and off-color humor from higher education graduates and professionals, which include those in medicine, ethics, civics, and mental health, who should be showing sympathy in all manners. Integrity and sensitivity orientation on a periodic basis could be useful to the membership, especially the wrongdoers.

Aside from Tinubu, this brings us to another long-standing story of public quips and stand-up comedy, as seen in social media chunking out sick jokes depicting people with disabilities such as visual impairment, hearing impairment, stammering, or those who are crippled due to birth defects, accidents, or other ailments, and they have all suffered some form of sick joke.

When is it OK to laugh at people with health conditions or disabilities?

Again, the public has the right to request that Tinubu, as well as Atiku Abubakar, the Peoples Democratic Party (PDP) presidential candidate, and Peter Obi, the Labour Party presidential candidate, undergo professionally supervised cognitive and physical tests as part of being fit to successfully execute the duties of the Presidency if elected, followed by routine evaluations if elected, followed by a personal physician's public report attesting to their health status.

Indeed, as in many democratic societies, there is a need for limited constitutional guidelines on a president's medical and health disclosure.

Psychologically and socially, as humans, making jokes that bring laughter can help lessen your stress, sadness, and anxiety and may even make you feel happier.

Whether Tinubu or other presidential candidates have any known illnesses or not, making jokes about someone having Alzheimer's disease or any other type of debilitating illness does not strike me as part of the territory of entertainment.

Here is a note for those making these unusual or sick jokes: Inadvertently, they are causing most people to pour sympathy gifts on the victim even if that person is not their first choice for political candidacy, such as this author. Cruel behaviors toward a person who might be ailing or possibly sick could elicit compassion for that person, surprise them with a show of empathy, and expand unexpected support for their candidacy, which in the first place will have a paradoxical or contradictory effect regarding the wishes of his opponents, who want him to have fewer votes in terms of winning the presidency.

Respect for age and the elderly is a long-standing social ideal in African culture that should be sacredly observed; the last time I saw Tinubu on TV, he looked like a septuagenarian.