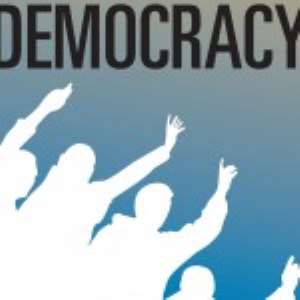 The world has seen numerous numbers of political systems. Over time Democracy in most countries is seen as the best possible option to make the voice of the people heard and effective. Democracy comes in various shapes and sizes.

Any form of good governance must make a country work, better the lives of its people, and be accepted by the majority of citizens.

Like many constitutions, German Grundgesetz declares all political powers rest in the will of the people while political parties help in this process. The conflict lies in the golden middle between these two parameters often standing in contrast sometimes even opposition face to face.

Political Scientists know modern countries are governed by a critical combination of Ministerial Civil Servants and pressure groups leaving political parties behind to fill the gap of being visible and transparent while voters still believe their ballots cast is a demonstration of the will of the people. The old BBC comedy "Yes, Minister" and "Yes, Prime Minister" are series lecturing the reality of policy making. Not much needs to be added except the role of pressure groups.

Switzerland regularly puts before the electorate bills of substantial value and changes to empower the people to have their say in shaping the nation.

Bills of this magnitude would include aspects of:

decided about a nationwide referendum.

Others outline state budgets, environmental measures, etc. before the voters would mean overburdening the voters with the perception of coming votes to correct the course taken and hold politicians to account. As more complex, interlinked, and transparent the world is by internet speed, more expertise and know-how are needed to draft even simple bills into law. The political powers invested in the people crumble by years and leave the sidelines to become politically more relevant, migration, increased pension, and more foreign workers needed among others finding their way into the political divine.

More than ever specialized groups of people pressure successfully their interests onto others in a country. The attachments of Dictatorship in a Democracy become more obvious and are a reminder of the times seen under Stalin, Castro, Ulbricht, Mao, Khmer Rouge, and alike.

Any form of Democracy is handmade by man and therefore not perfect, constantly in the making to make the voice of the people truly heart. One day we might just see this achievement coming.