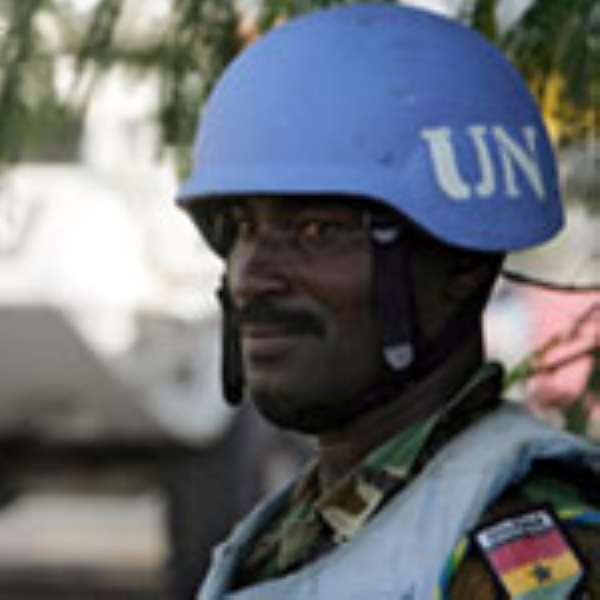 Ghanaian troops serving with the United Nations Mission in the DR Congo (MONUL), have been commended for their role in containing the fighting, which broke out in Kinshasa, when the results of the first round of the presidential elections were released.

Speaking at a Medals Presentation Parade of Ghanbatt 10 in Kinshasa, William Swing, Special Representative of the UN Secretary General, expressed his appreciation to the contingent for the professional manner in which they have discharged their duties.

A statement from the Ghana Armed Forces Public Relations Directorate said, Ambassador Swing expressed similar high expectations from the contingent as they geared up for the second round of presidential elections.

"Having seen your high level of commitment and professionalism, I know you will do us proud", he said.

The Special UN Representative noted that the medals presentation was a sign of acknowledgement and gratitude for the valued performance of the Ghanaian contingent and a symbolic recognition of Ghana''s contribution to stability in the DRC.

He further paid tribute to the Ghana Armed Forces and the government for their continued support to peace efforts in the DR Congo and other UN peacekeeping operations worldwide.

"In an age where regional cooperation is increasingly crucial for the stability of a country and the continent, Ghana excels in her responsiveness", he stated.

Present at the parade were Ghana's ambassador to the DR Congo, Idirisu Biyira, the Force Commander of MONUC, Lt-General Babacar Gaye and a delegation from Ghana led by Brig- General Dan Frimpong.