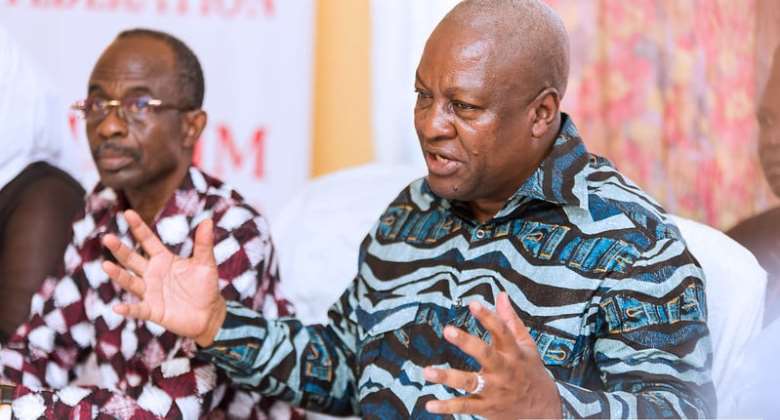 Former Deputy General Secretary of the National Democratic Congress (NDC), Samuel Koku Anyidoho is predicting a defeat for the largest opposition party in the 2024 general elections.

According to him, the party will not wrestle power from the ruling New Patriotic Party if Johnson Asiedu Nketia and John Dramani Mahama led the party.

In a series of tweets on Sunday, Koku Anyidoho argued that the two leading members of the NDC lack ethics and morality.

“I was Asiedu-Nketiah’s Deputy for four years and NEVER saw him present audited accounts to the Party. I am not too sure what accounts he gives the EC on behalf of the NDC: Probity and Accountability shall work.

“I have said it several times: if the NDC wants to lose 2024, they should make the mistake and vote Asiedu-Nketiah as Chairman and Leader: nobody should blame me if we lose oooo!!!

“John Mahama and Asiedu-Nketiah Cannot lead the NDC to victory in 2024 because of lack of ethics and morality,” Samuel Koku Anyidoho Tweeted.

Ahead of the NDC’s national congress in December, General Secretary Johnson Asiedu Nketia has decided to contest the National Chairman position.

Meanwhile, it is understood that former President John Dramani Mahama will be vying for the flagbearer position to lead the party in the 2024 general elections.