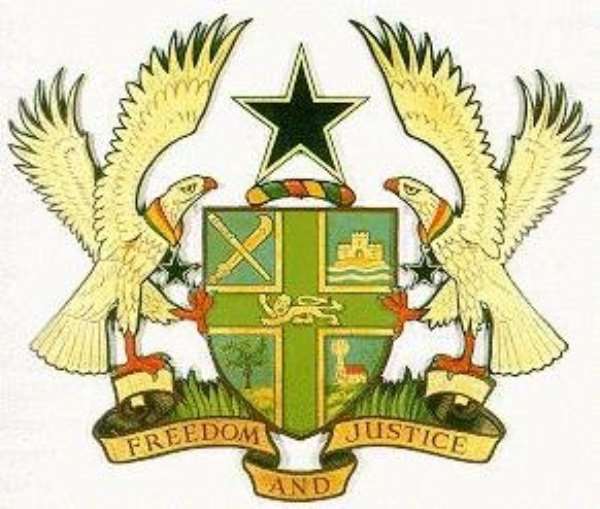 …If they take personal credit, they must be blamed for lapses

A former Member of Parliament for the Birim North Constituency, Dr. William Boakye Akoto has said, “it is unfair for ministers [of state] to take personal credit for positive developments in their ministries, but look on [unconcerned] while the President is lambasted daily by some members of the society”.

In an article to the ADM, Dr. Akoto said if ministers cannot restrain themselves from taking 'personal' credit for development efforts, they must equally be prepared to take 'personal' responsibility for lapses and unfortunate incidents that have occurred under their watch.

“For example, the Minister of Employment must be blamed for the frequent labour disputes. The ministers of Energy and Works, Housing and Water Resources ought to be held accountable for the inertia in the public utility sector.

The Minister of Education, Science and Sports should be flayed for the persistent agitations and strike actions by teachers and the complaints of parents about school fees. In the Dagbon imbroglio, the Minister of Interior must be indicted as the fall guy.

The responsibility for the suffering of the garment and poultry industries must be placed at the doorsteps of the Minister of Trade and Industry, while the Minister of Roads and Transport must account for the frequent accidents on our roads due to their present state of disrepair.

We must also ask the Minister of Finance and Economic Planning why there is no money in our pockets,” he said. The former NPP MP is troubled by the NPP presidential aspirants' boasts of “personal achievements”.

“It is becoming tempting for some NPP presidential aspirants to flag as personal achievements projects and programmes that have been implemented in their ministries,” he said and added that this evolving development must be questioned because it has the potential to whittle away the vision and achievements of President Kufuor and also belittle the role of Cabinet as a collective decision making body.

“If the logic is to use infrastructural development as the most important criterion to qualify one to stake a claim for the presidency, can any of the publicly known contesting ministers be more eligible over and above, for example, Hon. Kwadwo Baah Wiredu and Professor Ekumfi Ameyaw who supervised the construction of hundreds of school projects when they headed the Ministry of Education at various times? What about Hon. Baah Wiredu and Hon. Agyei Darko, who at the Ministry of Local Government and Rural Development spearheaded the construction of projects across the length and breadth of the nation? And how can we forget Dr. Richard Anane's performance at the Ministry of Roads and Transport,” he asked.

He said if the standard is to use intangible criteria to qualify one for the presidency, “why should the NPP not support Yaw Osafo Maafo and Baah Wiredu for their performance at the Ministry of Finance and Economic Planning?”

“While Osafo Maafo is claiming personal credit for taking the Black Stars to the World Cup, Papa Owusu Ankomah could be beating his chest for ensuring that the team reached the 1/16 stage of the tournament… And we cannot discount the role that Akufo Addo has played at the Ministry of Foreign Affairs in helping to enhance Ghana's image internationally,” he said. Dr. Akoto noted that if the contesting ministers begin to flaunt incremental development in their ministries as 'personal achievements', it would mean that for the past six years the president and his vice have been acting in a tutelage role, coordinating and supervising the actualization of other people's visions.

“Alternatively, should we prefix all projects and programmes that emanate from MDAs with the phrase 'President's Special Initiative' so as to demonstrate that they are reflective of the president's vision?”, he asked, and answered, “its absolutely absurd”.

The former MP said though some contesting ministers have performed extremely well in their ministries, they must present their achievements in a manner that does not completely whitewash the vision and achievements of the presidency and the collaboration of other ministers.

He said the impending National Delegates' Congress should be about the vision that the candidates envisage pursuing to help move the nation forward after the exit of the president.

He said great leaders who have had their names immortalized achieved that through the vision with which they pursued some agenda in leadership and not because of any 'personal achievements' in previous endeavours and mentioned Ghandi, Martin Luther King, Mandela, Nkrumah and Nyerere as examples.