By Anna MALPAS with Zama LUTHULI in Johannesburg
South Africa 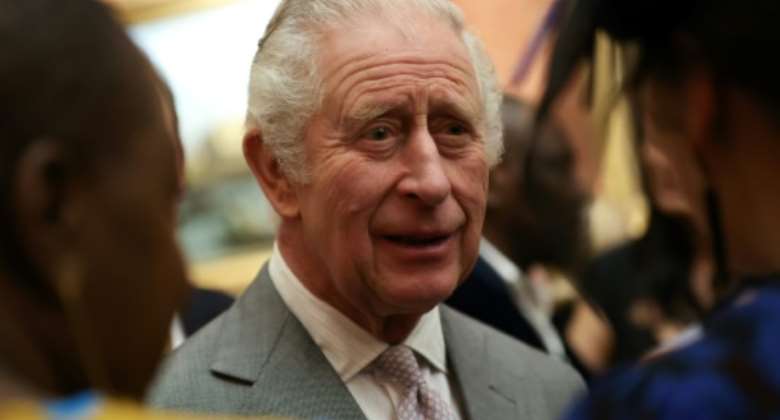 The last state visit to the UK came in June 2019, when queen Elizabeth II hosted US president Donald Trump and his wife Melania.

Charles has yet to announce where he will go on his first overseas visit as king, and this was the first invitation he extended since succeeding his late mother in September.

The pomp of the major diplomatic event will be clouded by events in South Africa, where Ramaphosa risks impeachment for allegedly covering up a crime.

Christopher Vandome, a senior research fellow at the Chatham House international affairs institute in London, said "setting the right tone will be crucial".

He said London -- a former colonial power in South Africa -- needed to avoid lecturing about Pretoria's UN voting record on Ukraine while South Africans are still sore about lack of Western support during the Covid crisis.

Climate change, trade and Charles's vision for the Commonwealth will also likely be high on the agenda, Vandome said.

Ramaphosa was last in London for the state funeral of the queen at Westminster Abbey in September.

His state visit comes more than a decade after the last by a South African leader, when Jacob Zuma came to the UK in 2010.

Ramaphosa arrives on Monday before an official programme starts on Tuesday, including a state banquet at Buckingham Palace.

Charles and Queen Consort Camilla will be in charge of welcoming Ramaphosa and First Lady Tshepo Motsepe but will also see the visiting couple meet other senior royals.

Heir to the throne Prince William and his wife Kate, Princess of Wales, will take him to join Charles and Camilla for a ceremonial military welcome.

Also on the agenda is an address to lawmakers from both houses of parliament and a meeting with Prime Minister Rishi Sunak in Downing Street.

A protege of Nelson Mandela -- who was on first name terms with Charles's mother -- Ramaphosa stood alongside the anti-apartheid icon when he walked out of jail in 1990.

In a symbolic moment, the South African leader on Tuesday will view a memorial stone for Mandela, installed in Westminster Abbey in 2018 on the centenary of his birth.

After leaving politics to become one of Africa's wealthiest businessmen, Ramaphosa returned to become Zuma's deputy in 2014 and gained the presidency in 2018.

He is now fighting for his political life and facing calls to resign as the deeply divided ruling party African National Congress (ANC) is to hold a vote on its leadership in December.

A scandal in which Ramaphosa is accused of concealing a multi-million dollar cash theft has piled pressure on him.

He denies any wrongdoing.

He faces an accusation that he failed to report a heist at his luxury cattle farmhouse in which robbers took $4 million in cash and instead organised for the robbers to be kidnapped and bribed into silence.

A panel appointed by South Africa's parliament is set to determine whether to impeach him.

South Africans are also deeply frustrated by the economic situation, with an official unemployment rate of 33 percent and constant power outages.

Given the problems at home, some South Africans have berated Ramaphosa for jetting off to the UK.

Charles has visited South Africa on a number of occasions and attended Mandela's funeral in 2013.

It was from South Africa that his mother pledged her life to the service of the Commonwealth in a speech as a 21-year-old princess.