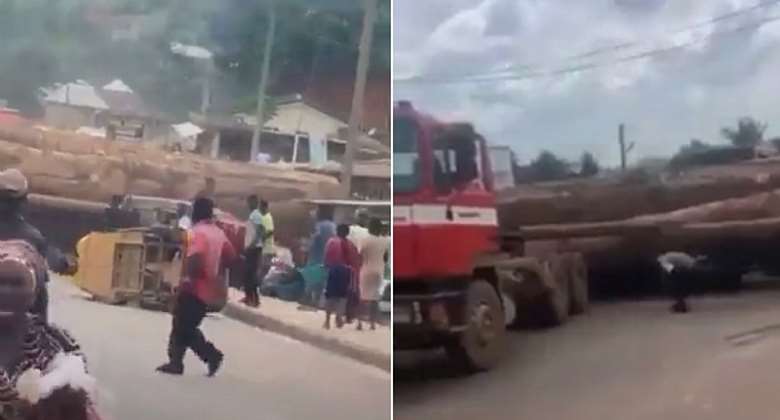 Bogoso in the Western Region has been hit with another sad incident after the infamous Apiatse gas explosion in February of this year, 2022.

Reports gathered by Modernghana News reveal that a timber truck loaded with timber logs has collided with a taxi.

The loads in the said truck, which was reportedly coming from Prestea, a nearby town fell on three nearby vehicles after the collision, leaving one person feared dead.

According to reports, the timber truck carrying timber logs failed to negotiate a curve at Bogoso causing the timber logs to fall on three cars — one taxi and two private cars.