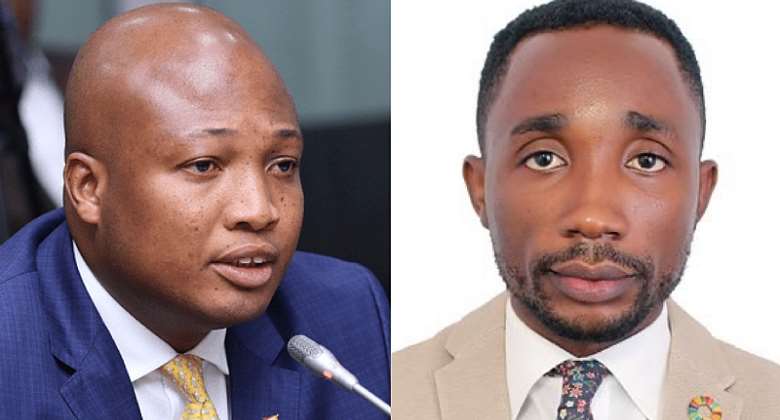 Deputy Director in Charge of New Media at the Office of the President, Mr. Samuel Bryan Buabeng has described questions by ad-hoc committee member, Mr. Samuel Okudzeto Ablakwa in the motion of censure filed by the Minority in Parliament against Finance Minister Ken Ofori-Atta as irrelevant.

He lauded how the under-fire Minister, Mr. Ken Ofori-Atta answered all the questions posed to him by the North Tongu legislator.

He claimed that Mr. Ofori-Atta has made Ghanaians aware of how "unintelligent" Mr. Ablakwa is.

The committee had its third sitting on Friday, November 18 to hear the motion of censure filed against the Minister of Finance by the Minority Caucus in Parliament.

Minority Leader Haruna Iddrisu and the Minority Spokesperson on Finance Cassiel Ato Forson at the first sitting of the ad hoc committee made several allegations including unlawful spending on the national cathedral from the contingency fund without Parliamentary approval.

In his defence, first on the allegation that he unlawfully spent some money on the national cathedral, he says they are false claims.

He indicated that the national cathedral is 100 per cent owned by the state and as such. payment made from the contingency vault was lawful.