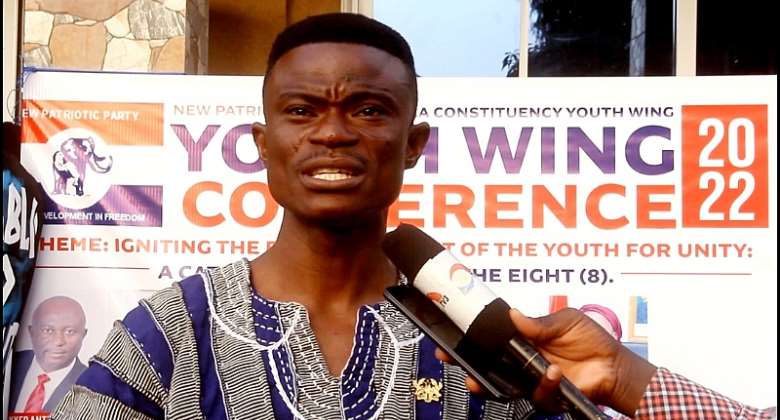 The Youth Wing of the New Patriotic Party (NPP) has vowed to recapture the Zebilla constituency seat in the 2024 general elections, Mr Akumbo Samuel Wakikj, Zebilla Youth Organizer has said.

He said the Youth of the party would go the extra mile without any hindrance to ensure that NPP wins back the seat.

Mr Wakiki made this known when he address his colleague's youth at the first-ever youth wing conference in Zebilla in the Bawku West District of the Upper East Region.

He stated that the youth of the party were more than ready to move to villages to campaign vigorously about the achievement of the party.

The NPP led by Hon Frank Fuseini Adongo who then doubled as the Deputy Upper East Regional Minister loses the seat the NPP won for the first time in 2020 to Hon Cletus Avoka of the NDC.

The national youth organizer, Salam Mustapha noted that though the country is facing economic issues the opposition NDC can never be an alternative.

Mr Mustapha observed that the NPP will restore the economy back to its glory days.

Dr Kingsley Krugu, former Parliamentary aspirant slammed the NDC for bringing back former John Mahama who has been rejected twice by Ghanaians.

On job, Dr Kingsley Krugu indicated that he was going to revisit an inland port project which was initiated by Dr Osagyefo Dr. Kwame Nkrumah at Widnaba in the Bawku West District.

He said when the inland port is brought into reality it could employ thousands of youth in the area.

The Upper East Regional Minister, Stephen Yakubu, commended the youth for their sense of direction and determination to work hard to snatch the Parliamentary seat and retain the NPP in the 2024 elections.

He called on party supporters to bury their differences as the party seeks to break the 8 year electoral cycle.

The theme for the conference was "Igniting the Patriotic Spirit of the Youth for Unity: A Catalyst for Breaking the Eight (8)."

Being an MP is serious business; the responsibility of a Min...
36 minutes ago