Why Will Soludo Put His Knee On The Neck Of Peter Obi Now, Soludo Don’t Cause A Nigerian Revolution With Your Bombshell Words 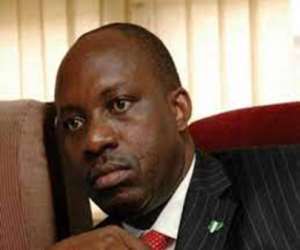 Soludo, there is a written and unwritten prohibition against interfering in elections, by public officials especially, in the likes of prosecutors, political executives and judges as such pattern of behavior could be seen as that which threatens fair chance and equality before the electorate.

Soludo chose a wrong time during an interview with Channels TV to say that the value of investments made by Obi while he was the governor of the state was “worth next to nothing.”

Soludo as part of his words about Obi as a presidential candidate, said, “Let’s be clear, Peter Obi knows that he can’t and won’t win…”

Soludo as part of his words about Obi as a presidential candidate, chose a wrong time regarding Obi’s supporters as he tagged them as part of “infantile exuberances, exhibition of desperation and intolerance”

Soludo as part of his grumble with Obi revealed his tribal exchange and sentiments in public said in a pessimistic manner, “I hope that after February 2023, Peter Obi will return to APGA ( All Progressives Grand Alliance), the party that made him everything he is politically, as I offered him on March 8 2022, and begin the hard work, if he truly wants to be president of Nigeria…”

There is nothing wrong in Soludo in his capacity as the current Governor to put a score on Obi’s investments in Anambra, reflect on his private political difference with Obi but given that Soludo is a major political executive in the country to bring up such matter in election times, psychologically could show the appearance of political motives in electoral decisions regarding Obi and his presidential competitors, making this gigantic wahala or problem a matter of grave concern for all Nigerians.

Soludo should be able to reason neutrally by making his ongoing worry about the treasury of Anambra private, in regard to Obi’s supposed hyped or real investment in the State.

Have a private talk with the Presidential contestant again if you are so perturbed, and leave it at that, and with such resistant Soludo will close off any concern of being seen by the public and members of Obi’s political party as unfair to one presidential candidate.

As part of election period sensitivities, timing of public statements by high level government or public officials (induced, purposeful or not), will likely be seen as able to affect any election, giving undue advantage or disadvantage to any candidate or political party.

Soludo’s behavior is like President Muhammadu Buhari waking up tomorrow, going on TV and personally announcing to Nigerians that the Presidential Candidate of an opposing party, the People Democratic Party, that Atiku Abubakar has an ongoing investigations, and saying this close to an election, and saying that he has not called for the Attorney General of the police to take immediate public steps — such as an arrest or a raid —but what counts is that he has planted in the mind of the voters a type of publicity that could tip the balance of a political race.

Soludo’s public words and sudden open announcements, actions risk affecting the outcome of the presidential election. A risky move that is not only explosive but indeed endangering the current heated social, political, and economic space, as it will be seen as a calculated timing to politically blow-up Obi, to affect the coming election, and give an advantage to other candidates or political parties.

Soludo’s words are national distractions that could escalate local, national, and global uproar, as they appear to illustrate political interference to delegitimize a presidential candidate—Peter Obi

Why will Soludo, engage in what many see as a form of widespread contempt knowing how the polarized nature of our politics is at this time. Many Nigerians especially the larger part of Nigerian population, the youths are feeling very anxious and hopeless, and fantasizing optimism and hope.

This coming election is likely to be one of the most divisive elections in our history, very likely to shake the foundations of our young democracy.

Soludo’s apparent poisonous and deadly words serve as recipe for backlash, polarization and a toxic environment could erupt into uprising, upheaval, and possible revolution.

Soludo’s words have aroused Obi’s devotees and put them in a state of frustration and anger. While I do not think Soludo meant to make his words spur violence, it could push millions of Obi's supporters get into demonstrations hopefully it does not turn violent, if it does, we are looking at potential revolution.

Millions of demonstrators protesting Soludo’s undesirable words, words of negative election outcomes, in their state of despair, fearlessness and hopelessness may be willing to risk being harassed, intimidated and under such clash with security and the police risk been fatally wounded or killed as they see Obi as their last hope to right Nigeria.

Soludo’s potent or rough words whether intended or not now play on people’s emotions, provoking more dangerous rhetoric on the political scene.

Motivating elements in Soludo’s words as noted here are likely bound to fan the flames of rage, further dividing the nation, influence the election, and creating a climate in which the most unlikely election outcome in the mind of the people could become a reality.

Soludo’s election interference words are being viewed as ways to undermine public faith in the Nigerian democratic process, denigrate Obi, and harming his supporters who see Soludo as a threat to Obi’s electability and potential presidency. On the other hand, what if despite Soludo’s toxicity Obi becomes President-elect, and given his modest public character he could by extension and good faith make Soludo part of his presidential victory, and if he loses it will be part of Soludo’s political national and tribal identity, and we hope that no violent revolution will happen to consume the Nigerian space.