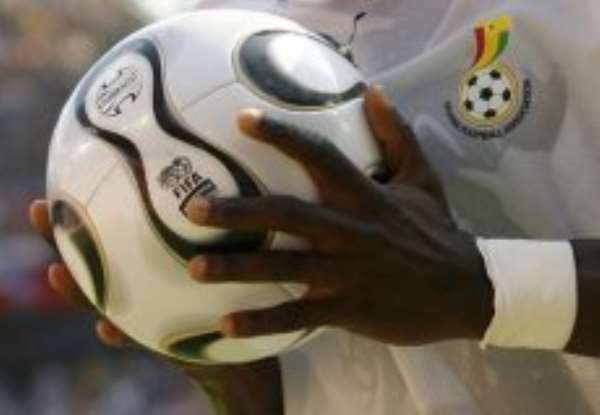 The road is now clear for the continuation of the Onetouch Premier League tomorrow after a week break following a court injunction at all the centres.

And the signs are visible on the wall that giant clubs, Kotoko and Hearts will need an extra booster as they host city rivals, Faisal and Olympics to Konongo and Tema respectively.

For Hearts, tomorrow's game offers them the opportunity to pay their opponents in their own coin having played second fiddle to them in their last two meetings.

Oly thrashed Hearts 3-0 in the first of their last two games and continued the winning streak with a 2-1 victory in the Ga Mantse Cup last year at the Ohene Djan Stadium.

Ato Hammond, the assistant coach revealed in a telephone interview that: "We have done what will ensure victory tomorrow and nothing will deny us the three points in tomorrow's showdown."

He told this reporter that if their performance against Gamba All Blacks in their friendly game three days ago is anything to go by, then Oly will have to gird up their loins.

In similar fashion, Oly's coach, Ken Augustt is sure his side will ride on their previous success to confirm their superiority over the Phobians in recent months.

"Our chances are bright regardless of the venue, the boys have psyched themselves up for the battle and the feeling at training is something else," coach Augustt added.

A same scenario is expected to be showcased at the Konongo Waterloo Park where Kotoko will need nothing, but a victory to placate their fans after losing 0-1 to Heart of Lions at the same venue barely two weeks ago.


Clashes between the two had always been fought on hard lines and tomorrow's will not be different.

In other games, current leaders, Ashgold travel to Swedru to face All Blacks, while Arsenal take on Tema Youth at the Golden City Park.

Lions host Sportive, with third-placed Hasmal playing as guests of Liberty Professionals.Bofoakwa versus RTU at Sunyani while Power Face Feyenoord at the Tema Park on Thursday.