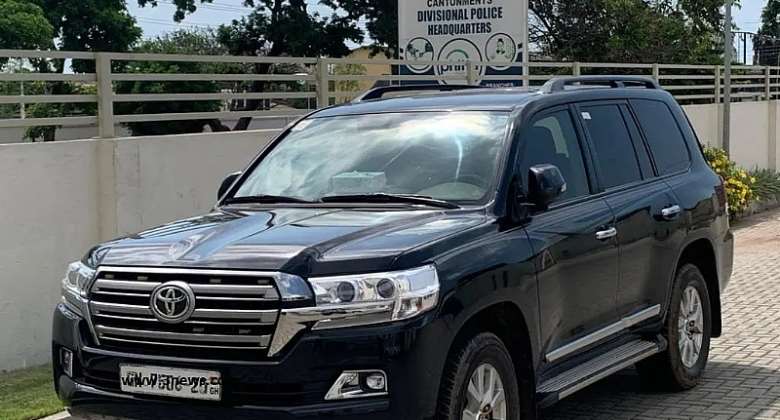 The wranglings among executives of the People’s National Convention (PNC) have resurrected.

Today, the official vehicle of the party’s 2020 Presidential Candidate David Apasera has been confiscated.

Since the party failed in its quest to wrestle power from the ruling New Patriotic Party (NPP) in the 2020 general elections, there have been cracks within the party, especially among party executives.

Although it appeared the issues have been resolved, the confiscation of the official vehicle given to 2020 flagbearer David Apasera has resurrected the feud.

According to information gathered, the vehicle was confiscated at Cantonments in Accra with the assistance of officials from the Criminal Investigations Department (CID) of the Ghana Police Service.

The action was a move by some national executives who insisted that David Apasera is no longer leader of the PNC and for that matter can't continue keeping the property of the party.

The National Executive Committee (NEC) of the PNC had announced that Mr. Apasera and the National Chairman of the PNC Moses Danibaah are no longer executives of the party.