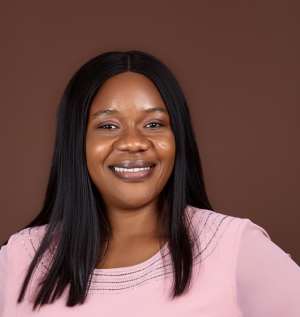 Presenting the study at KHRC, Ms Abdulai, the lead author disclosed that participants showed a strong intrinsic motivation to continue their ART medication because of visible improvements in their overall health despite reporting some side effects during antiretroviral initiation.

This finding according to the study, underscores the need to develop adherence-counselling models that reiterate the expectation of persons living with HIV of an efficacious outcome by assessing and understanding these expectations to optimize treatment outcomes.

Among the key findings presented was anticipated stigma. Majority of PLWH, for the fear of stigma travel long distances to other ART centres to get antiretroviral medication. To avoid stigma or disclosure, some of them resort to disguising the medication bottles, hiding the antiretroviral, or denying or lying about their HIV status.

“The majority of participants in both the in-depth interview and focus group discussion said that they believe that when their community members or family knows their HIV status they will devalue them, may even laugh at them”, she added.

Ms Abdulai noted that this anticipation influences adherence to medication in that persons living with HIV may have to access and take the medication in secrecy with its consequent challenges.

Multicomponent interventions that support PLWH to deal with anticipated stigma and engage community agents who are sources of stigma will therefore be useful for PLWH medication adherence.

Religion was also found as an important determinant of ART adherence.

“Both in-depth interview and focus group discussion participants positively reappraised their purposes in life post-HIV-positive diagnosis because they believe they are still alive by the Grace of God. Interestingly, some PLWH also believed that HIV is from a deity as such they are predestined to have HIV. PLWH believes that ART is efficacious because God allowed it”, she elaborated.

In line with this finding, the study recommends that religious leaders who are engaged as stakeholders in HIV care and support would benefit from tailored training on how to contribute to PLWH treatment adherence and well-being. The superstitious beliefs and myths about HIV and antiretroviral treatment will need to be addressed to improve adherence to medication.

The study also found other factors that influenced ART adherence such as self-regulation, knowledge on HIV, stigma, disclosure, coping, partner, family and community support, organization of the ART clinics, response and support from family and friends.

Ms Abdulai seized the opportunity to educate the public to take the necessary action to reduce the risk of HIV infection by adopting the much-publicized ABC (Abstinence, Being faithful, Condom use) approach to HIV prevention.