AfAW Expresses Outrage Over Killing of Alleged Witches in Bornu 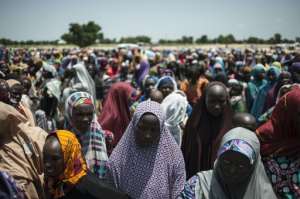 The Advocacy for Alleged is shocked by the killing of over twenty women for witchcraft by the Islamic jihadist group, Boko Haram, in Bornu, Northern Nigeria. According to media reports, Boko Haram militants accused these women following the death of the children of their commander, Ali Ngulde. Accusations happen when people attribute misfortunes to occult or supernatural causes or when people are not satisfied with ordinary, natural, or commonsensical explanations of ailments and deaths. The report says that Boko Haram militants abducted about 40 women. They have murdered over 20 for witchcraft.

Boko Haram militants have been waging a vicious campaign to establish an Islamic state. It is widely known that the group targets, attacks, and kills anyone considered an enemy or an opponent to its cause. This case of witch purge brings another worrisome dimension to savage attacks and atrocities of this bloodthirsty group. But this instance of witch bloodletting should not come as a surprise.

Given the ongoing conflicts and insecurity in the region, needless and avoidable deaths of men, women, and children happen, and are expected. People are likely to experience uncanny misfortunes. The Boko Haram campaign has led to a humanitarian crisis in Bornu. There is a virtual collapse of the health infrastructure, especially in areas where these militants operate and occupy. People who are sick do not get the required medical assistance that they need. Many are unable to go to hospitals. And if they are lucky to go to hospitals, there are no medicines. There is no medical personnel to attend to them. This crisis provides a fertile ground for the proliferation of witchcraft fears, suspicions, and anxieties. As in other cases of witch killing, no medical reports confirmed the cause of death of these children.

AfAW notes that existential uncertainties pervade the region. Women who live in these places are vulnerable and likely to suffer witchcraft accusations, persecution, and murder. They are likely to be scapegoated for misfortunes that people encounter. Thus more cases of abduction, attack, or bloodletting linked to witchcraft beliefs are expected. AfAW urges the Nigerian authorities to take measures to protect women, children, and other vulnerable members of the population from witchcraft accusations, witch persecution, and killing.