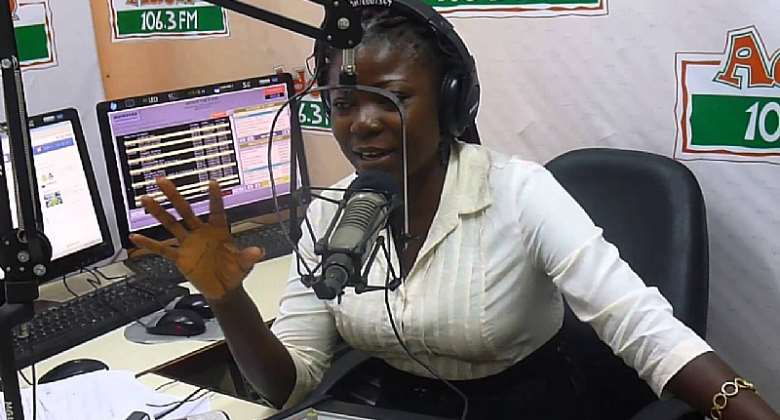 When I watched a video by radio programme presenter Afia Pokuaah aka Vim Lady, on the number of Ghanaian delegation attending the world Climate Change Conference of 2022 in Egypt, I was only to be lost for words. I could not make heads or tails of the presence of such a huge number of Ghanaians (over 300) attending the conference, sponsored by the Ghana government.

If I had not sought a second opinion, I would have put out an online publication to lambast the NPP government, calling the integrity of President Nana Akufo-Addo into disrepute.

However, with a little exercise of patience, I managed to return home from work, then told my wife about the video. She immediately said, the content of the video as loudly amplified by Afia Pokuaah, alleging that those people were part of the entourage of President Nana Akufo-Addo was false.

Some people and representatives of some organizations and companies sending their own staff members to the conference had already come on air to clarify the situation. That huge number of people attending the conference are private persons sponsored by their companies and other Non-Governmental Organizations (NGOs), my wife said.

If my wife’s version of the story which is contrary to that of Afia Pokuaah’s was true, then my question to Afia Pokuaah is, did she clarify the veracity of her claims with the relevant government bodies before airing them to cause public disaffection for the president and his government?

If she believes the assertions by the companies or groups that sponsored the people, has she bothered herself to go back on air to clear the lies surrounding her reckless broadcast as captured in the video below?

A professional journalist must have the ethical obligation to investigate to confirm the veracity of the information they put out in the public domain for public consumption. Does she know the potential of false information fed to the public causing irreparable damage to people and property?

I have on a number of occasions supported and congratulated Afia Pokuaah for her boldness but for her to tell this blatant lie, without bothering herself to know by common sense that no president will ever take a delegation of over 300 people to attend a Climate Change Conference, it will be an understatement on my part if I say that I am not annoyed at her ignorance and typical-Ghanaian-minded bravado overflowing with malevolence.

Afia Pokuaah had better come again for her assertions as are in the video are total lies informed by her personal hatred for, and other undisclosed ill-intents towards, the sitting president and his government.

Fellow Ghanaians, please treat the contents of the video as spewed by Afia Pokuaah with the scorn they deserve.

Many Ghanaian journalists of today are too partisan, corrupt and unprofessional to be seen as journalists. They walk with their stomach.

Had she taken a bit of time to double check with other ministers or the minister who might have written that the president was going with a delegation of over 300 people to the conference that the government was actually the one paying for all of them and why that huge number? No.

What paper was she reading from as alleged to have contained direct information from a mentioned minister? Had it come from the Minister for Information or Minister of Communications?