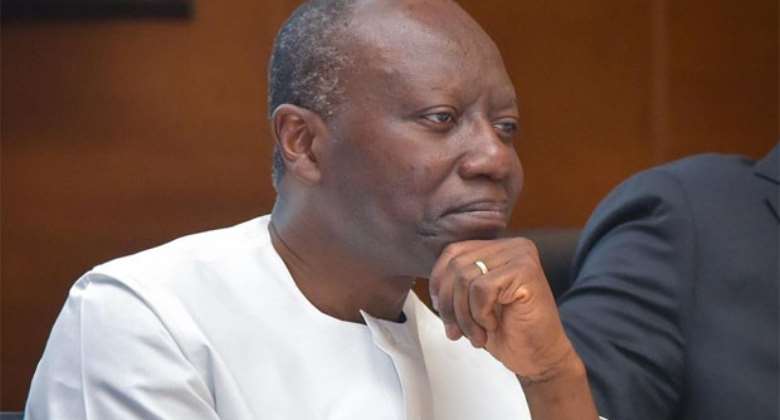 Embattled Finance Minister, Ken Ofori-Atta appears to have lost confidence within and out outside his political party, the New Patriotic Party (NPP) as Majority Caucus are unrelenting in their efforts to push him out of office.

Few weeks after agreeing to a plea by President Nana Addo Dankwa Akufo-Addo to allow the Minister to present the 2023 budget statement and conclude the negotiations with the International Monetary Fund (IMF), the MPs have rescinded their decision, calling for the immediate sacking of Mr. Ofori-Atta.

The MPs of the ruling party, numbering 98 have pointed out that until President Akufo-Addo immediately sack Ofori-Atta, they will boycott next week's budget presentation.

Speaking on JoyNews' PM Express, the MP for Asante Akyem North, Andy Appiah-Kubi, who doubles as spokesperson for the group said Ofori-Atta's position in government has become untenable, hence the fresh demand for his resignation.

“We've gone back to (our demand for the President to) sack him now and therefore should the budget be presented under the stamp of the Finance Minister, we'll not participate because as far as we're concerned we're never going to do business with him.

According to them, until President Akufo-Addo appoint another person apart from Ofori-Atta, they will not participate in the budget presentation and appropriation.

He said the decision stems from from a meeting held on Tuesday, November 15, which was attended by 98 NPP MPs to reconsider their collective position after they agreed to relax their initial stance.

Ofori-Atta is currently facing a vote of censure from the Minority side of Parliament with public sitting yesterday.