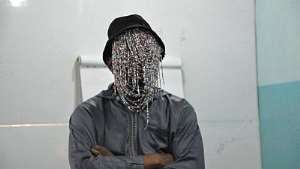 Since Anas' investigative journalism exposes corrupt individuals in society while being captured on a disguised camera, it has become popular among Ghanaians. After premiering on Aljazeera, Anas' investigative piece, called "fool's gold," caught the attention of the international media. The cockiest man and soon-to-be CAF boss, Kwesi Nyantakyi, was silenced by his most recent story on Ghana's GFA "number 12." Although Anas has conducted numerous investigations, I would argue that his most recent one on Number 12 put him in a very precarious situation because members of the public questioned him about the outcomes of his work. Hon. Kennedy Ohene Agyapong confronted Anas and published "who watches the watchman?" to discredit him. Anas' method of investigation drew harsh criticism, and several of his recordings placed him in legal trouble.

Many people think the investigative piece played a role in the brutal murder of Ahmed Sule, who participated in the number 12 showdown. Since then, several Ghanaians have been attempting to determine whether Anas' investigative approach is consistent with our societal norms. A society where taking advantage of opportunities and accepting gifts is commonplace cannot be held accountable in front of a hidden camera. The "galamsey economy" has recently brought Anas into the limelight, and Charles Adu Boahen, a former minister of state in charge of finance, is the big fish—even before the premiere.

Similar to Kwasi Nyantakyi, Anas was able to entice his victims into an opulent hotel by pretending to be a Dubai business mogul and discussing business with them there. Anas meticulously enticed his victims with money that even the upright could not refuse to get them to admit to specific accusations. His victims are unfortunately trapped within his fabrications, and the next thing that happens is that "the whole world should come to watch corrupt and terrible men in society."

Although many people applaud Anas for his flair and urge him to continue, Ghanaians are progressively growing tired of his pranks. In the beginning, Ghanaians taught his investigative work to aid society in exposing evil characters and rescuing them from corruption and dishonesty. A comprehensive examination of the Tiger I PI reveals the market for blackmail, targeting options, and profiting from a broadcasted video. The laws under which Anas is permitted to covertly film people with his equipment and portray them as criminals raise a lot of problems. I'm not a lawyer, but his approach violates the fundamental tenet of natural justice, which states that a person must be given a fair trial before any punishment or incrimination.

Does Anas prefer to serve the public or run a business? I have found out that Anas sold tickets for the latest "galamsey economics" expose. Is Anas posing individuals for covert filming without a valid legal justification? Mainly because his most recent effort on number 12 has primarily ended up in court. Is Anas working for himself and his team or is he assisting society in exposing fraud and corruption? I found that Anas is incredibly wealthy, which is not my concern, but did the investigative piece make him so wealthy? Ghanaians are curious.

We respect Anas' labor and his desire to better society, but there are still many unanswered concerns, and we believe Ghanaians will eventually start to find his work annoying and unappealing. His antics are disappearing over time, and his caricature is no longer frightening. I only see society turning its back on him because they think some investigative articles don't reveal as much as he leads us to believe. After all, he predisposed people to criticize them harshly even before they could defend themselves.