Time To Reshuffle Is Now 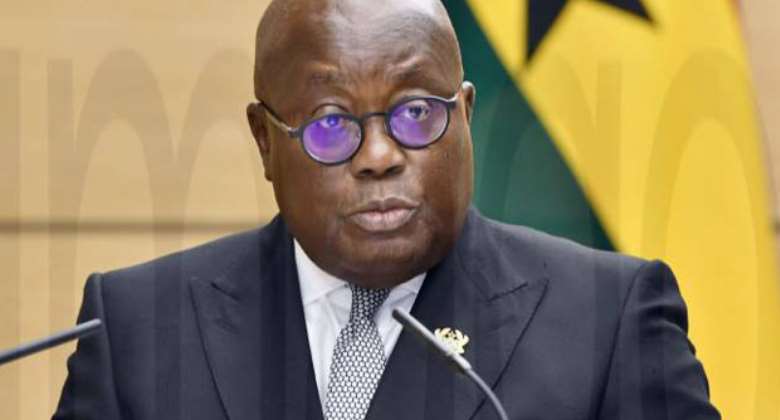 A rare opportunity has reared its head for the President to review his stance on a reshuffle of his government.

When the subject was broached, perhaps, he did not think that there were influence peddlers within the fold of his appointees. That he has deemed it fit and appropriate to axe his Minister of State over the loose talk which is at the centre of a documentary premier, is indication that there are issues concealed under the carpet.

Some positions in government should be manned by persons who are devoid of indiscretion.

That is why after a while at their posts, government appointees should be reshuffled and where possible, those who exhibit performances such as has had the President terminate the appointment of Charles Adu Boahen.

It is becoming clear with each elapsing day that while some government appointees are displaying outstanding performances and even therefore require accolades, others are just below standard, their inappropriateness for public office being manifested as in the case of the Minister Of State at the Ministry Of Finance and the so-called cash.

Without any shred of doubt, regardless of their litany of academic certificates, government appointees who talk loosely and in the event put their bosses on the spot have no business holding on to their jobs.

The Finance Ministry appears to be under a spell under the prevailing circumstances. Just when the Minister, Ofori-Atta, is under siege and fighting the battle for his post, his subordinate has gone in for another gaffe.

No amount of interviewing or even appearance before the Appointment Committee of the House of Parliament would bring out the shortcomings of nominees.

The Minister of State whose gaffe prompted this commentary might have even performed outstandingly when he was being quizzed by the MPs but that did not bring out his weaknesses.

The questions many are asking now is whether or not some appointees have not acted in the manner in which the former Minister of State did?

If the Vice President needs money for his campaign, it is clear he would use other legitimate means to do so.

How was the fired minister going to handle the cash, had it changed hands? Has he been engaged in such practice since his appointment? A further probe would go a long way in addressing this integrity wound inflicted on this government appointee.

The Ministry Of Finance does not deserve this negative image, not at a time when an IMF bailout processes are being applied.

We are saddened by an indiscretion which though not enough to inflict an injury on the impeccable image of the Vice President, provides nonetheless an impetus for political cynics in their unproductive venture to cast the government in bad light.