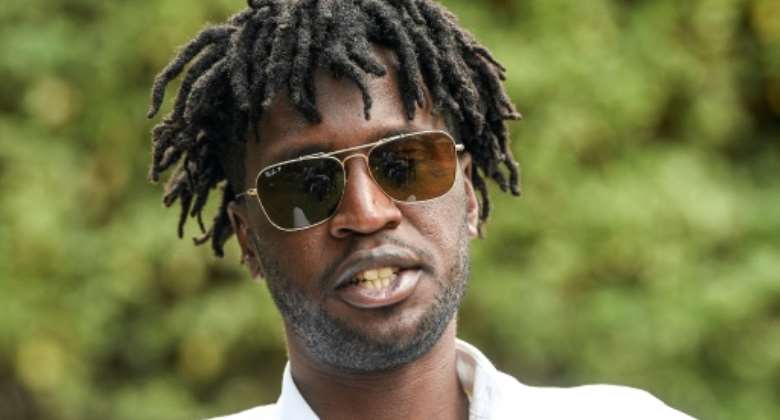 Malcolm Bidali is not sure how rights reforms will stick in Qatar after the World Cup ends. By Simon MAINA (AFP)

Malcolm Bidali, a Kenyan security guard expelled from Qatar after complaining about working conditions, is feeling conflicted about watching the World Cup that starts this week.

"Saying that I won't watch the World Cup would be a lie," the 30-year-old said.

"But looking at the stadiums, I can't help but wonder how many people have not been paid, how many have suffered terrible working conditions... how many have lost their lives."

Bidali became an outspoken activist for migrant workers after being held for four weeks and then expelled from the Gulf state in 2021.

Qatar has faced widespread criticism over its treatment of foreign workers, rights for women and the LGBTQ community in the runup to the tournament to end on December 18.

Rights groups have complained about unpaid wages and unreported deaths on construction sites.

Qatar has carried out major reforms that have been praised by international unions but Bidali is among the doubters.

Bidali arrived in Qatar in January 2016 and worked as a security guard watching images from CCTV cameras on a screen for 12 hours a day.

He had no complaints about his conditions. He earned about $420 a month -- a lot more than he would in Kenya -- and lived in a villa with other migrant workers.

Bidali said his nightmare started when he moved to another company where he was only paid $350 a month and moved into a 20-square-metre room which he shared with five other men.

Rights groups have complained about unpaid wages and unreported deaths on construction sites leading up to the games. By Andrej ISAKOVIC (AFP)

The beds, he said, were infested with lice and the kitchen with cockroaches.

Bidali said he owed $1,200 to a Kenyan recruiting agency -- which helped him get his job and organise a flight and visa -- so at first said nothing.

But he eventually wrote email complaints to Qatar's labour and interior ministries. According to Bidali, they did not reply.

Then Migrant-Rights.org, a specialist non-government group, contacted him and he started writing anonymous blogs about the lives of labourers in the wealthy Gulf state.

"Working conditions in Qatar are similar to slavery," he said.

"You find yourself in a situation that is very difficult to come out of, where someone basically owns you. Someone decides very big aspects of your life, from what time you wake up to what time you go to sleep, what type of food you eat, where you live, who you associate with."

The so-called "kafala" sponsorship system for foreign workers used to dominate in Qatar as it still does in most Gulf states.

But it has been largely dismantled in recent years. Workers can now change jobs and leave the country without the permission of their employer.

Under pressure from international unions, Qatar has dismantled most of the 'kafala' employment system that meant labourers could not change jobs nor even leave the country. By ADRIAN DENNIS (AFP)

Qatar also introduced a minimum wage and new regulations on working in heat.

Bidali said he started to have problems when he wrote a story that mentioned a member of Qatar's royal family.

He was detained by the national security agency on May 4, 2021 and said he was not allowed to see a lawyer. He also complained of "psychological pressure" including having a permanent light in his cell and losing track of the day and time.

Qatar accused him of receiving money from a "foreign agent" to take part in spreading "misinformation", but he was eventually freed following protests from the NGO and the professional footballers' union.

He was banned from the leaving the country, but following international publicity and diplomatic support was expelled in August 2021 after being ordered to pay a $6,000 fine.

The Qatari authorities would not respond to Bidali's latest comments. In May they said that he had received "legal advice and representation".