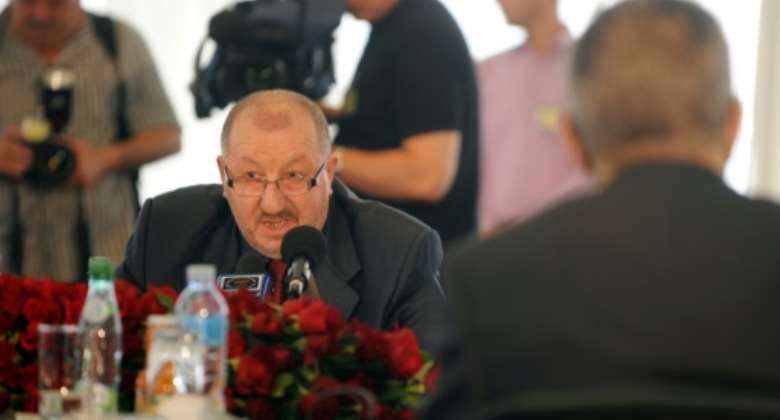 Abdelmadjid Sidi Said, pictured here in 2011 when he was head of the General Union of Algerian Workers (UGTA), was jailed for 10 years on Monday for corruption. By FAROUK BATICHE (AFP)

A former Algerian union head was sentenced Monday to a decade in prison for corruption, his lawyer said, the latest ally of late president Abdelaziz Bouteflika to face jail time.

Abdelmadjid Sidi Said, 76, who led the General Union of Algeria Workers (UGTA), was seen as a key supporter of Bouteflika, who ruled from 1999 until a vast protest movement forced him to quit in 2019.

Said had led the UGTA, the only union recognised at the time by the authorities, from 1997 until he quit just weeks after Bouteflika left.

He had long been unpopular with workers for his unwavering support for Bouteflika.

Said and his three sons were detained in May on graft charges, months after Bouteflika died following a long illness.

The union chief's lawyer Miloud Brahimi said Said had been sentenced to 10 years in prison without parole, while his sons Djamil and Hanafi were jailed for three and five years respectively.

A third, Ramine, on the run overseas, was sentenced in absentia to a year behind bars without parole, Brahimi said.

They had been charged with money laundering and "inciting public officials to abuse their functions to obtain undue advantages", among other charges. Brahimi said they would appeal.

Since Bouteflika's departure, dozens of members of his inner circle have been imprisoned on corruption charges.