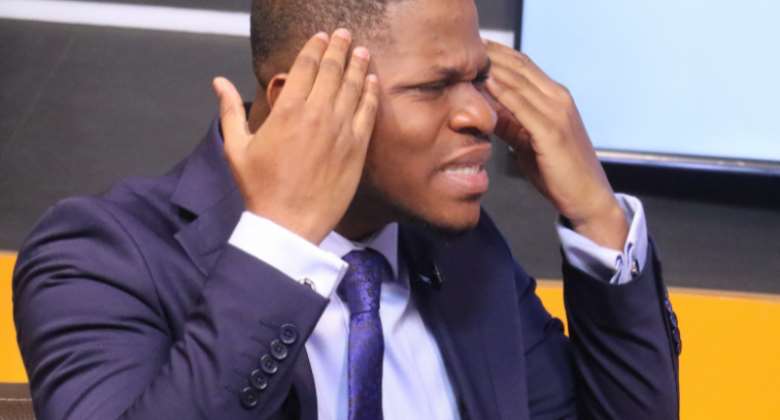 Walls have ears and the truth will out no matter how long you keep it under tight cover.

NDC Communication officer Sammy Gyamfi, a lawyer without experience, a lawyer without respect for the law, has been exposed for enlisting some people, principally NDC hoodlums, to go out hooting and booing off President Nana Akufo-Addo and Vice President Dr Mahammudu Bawumia at any public function they attend.

Video cameras don’t lie hence video recorded incidents or activities are permitted, accepted and are credible when tendered in evidence in any court of law. If this is true, then there is a video in which the NDC have contracted some people to be shadows on the tail of President Nana Akufo-Addo and Vice President Dr Bawumia. They are to hoot and boo them as though, the hooting and booing are coming from some genuinely disaffected Ghanaians among the audience.

What at all are the NDC after? Don’t they have alternative policies and programmes that are presumably much better than those in pursuit of by President Nana Akufo-Addo and NPP to convince Ghanaians to vote for them but stupid destructive criticisms and booing?

As long as the president still has faith in his campaign slogan, “The battle is still the Lord’s”, any weapon formed against him shall not prosper. No wonder his open and secret attackers are always uncovered somewhere along the line of their malicious activities against him.

Look at the video below with excerpts taken from online WhatsApp chats between malevolent liar Sammy Gyamfi, a non-practising Ghanaian lawyer overflowing with lies, and his paid agents. Sammy’s ploy is just to facilitate his chances of making quick money without much genuine sweat wiped off his stony forehead.

Let them hear it loud and clear, former President John Dramani Mahama and his circus of NDC liars and saboteurs that it is not only in Ghana that the economy is in crisis but the whole world. In the United Kingdom where I live, the conditions of living are as bad as in Ghana, if not worse. Are the people not facing high prices of electricity bills and food, same as it is currently prevalent in Ghana?

In Italy, they have resorted to European version of Ghana’s “dumsor” (general power outage) to save the little energy supply they have for essential facilities and the biting winter. What about France? The situation is the same. This reminds me of the Ghanaian slogan, “the value is the same”, during the redenomination of the Cedi currency.

Let us go to Uncle Sam (the United States of America). The situation is probably worse. Watch the video below.

I love using graphic evidence to prove to Ghanaians the veracity of my assertions as published. If it were not so, the Asanteman Council will have rebutted my numerous publications about Asantehene Otumfuo Osei Tutu II but my authentic proofs and arguments so presented are way beyond their capability to disprove or counter.

Fellow Ghanaians, please make it a habit to read the online publications as are also forwarded to WhatsApp contacts, by Rockson Adofo, the fearless, proud and no-nonsense son of Kumawu/Asiampa soil.

Sammy Gyamfi , John Mahama et al, must bow down their heads in shame for their emptiness of useful ideas, polices and programmes but fullness of malevolence, lies and pull him down.

I dedicate this publication to one Kwame Mensah aka Okowaa, alias Torroo. I wish him a speedy recovery from whatever illness is bothering this once an industrious son of Effiduase/Mantukwa/Asiampa.

Deadline for debt exchange programme may be extended again –...
39 minutes ago