GLC will be compelled to withdraw recognition of some faculties offering LL.B – CJ 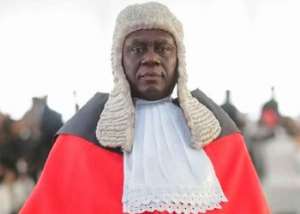 Chief Justice Justice Anin Yeboah has said the General Legal Council (GLC) will be compelled to withdraw its recognition of some institutions that offer Bachelor of Laws.

According to the Chief Justice, this is to improve professional standards.

Speaking at the graduation ceremony of lawyers called to the bar on Friday, Justice Anin Yeboah, who is also the Chairman of GLC, called on the lawyers to uphold and defend the virtue of the profession.

“In the view to uphold the sanctity of this profession and improve standards, the General Legal Council by the powers conferred on it by Parliament under Act 32 will be compelled to withdraw the recognition of some institutions offering the LL.B program that lack the necessary lecturers, infrastructure.”

He does not think the move is punitive. “It is only a way to check professional mediocrity. Not from the root, but the branches. The last time we went on an inspection of these faculties, we received disturbing reports.”

The general position of Ghana's law is that the GLC is the primary institution that regulates legal education in Ghana.

Over 80 students who passed their Part Two Professional Law Course graduated on Friday.