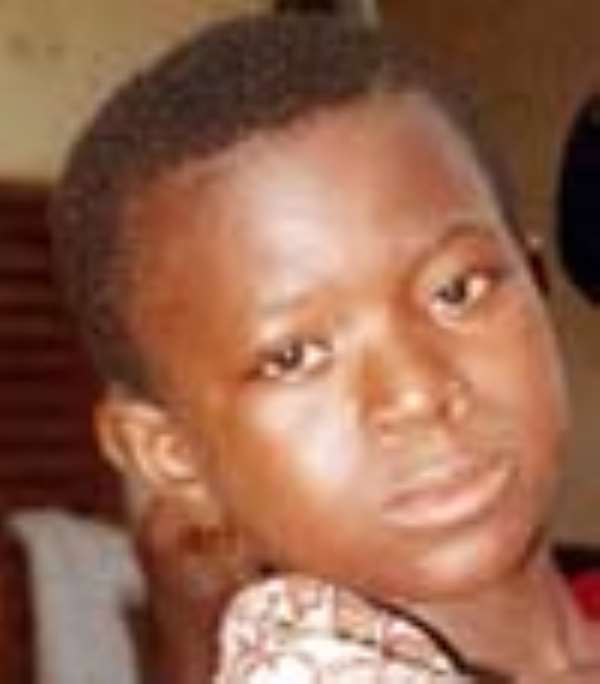 Residents in the vicinity of the Kotobabi Presbyterian Basic School were last Friday stunned when news broke about an 11-year-old Class Two pupil who sucked the blood of seven of his classmates and predicted their death. The vampire-like development drew a crowd to the school, forcing an abrupt suspension of classes.

According to a source, in the morning of last Friday, the boy gathered seven of his classmates and convinced them to allow him to suck their blood to enable their parents become rich. His tender-aged mates consented to the bizarre proposal, and the boy went ahead to cut their palms with a rusted razor blade, and repeatedly sucked their blood.

After the vampire act, he picked seven pebbles and buried them on the school compound, close to the school's washroom. He is said to have proclaimed loudly that he was pleased with his exploit, and added that the victims would die before X'mas.

The proclamation sent shockwaves through the heart of one of the victims, a young girl and a classmate of his, and she collapsed instantly. This sparked off pandemonium at the school, as the collapsed girl was rushed to the headmaster's office. The news spread like wildfire in the area, and the family of the girl, who heard it too, rushed to the school.

Daily Guide was told that the headmaster, sensing danger, quickly pulled the 'vampire boy' into his office. He later sent the boy to the Kotobabi Police Station, after he had allegedly confessed that he was a wizard, and was the cause of his father's drunkenness.

At the Kotobabi Police Station, the District Commander, Chief Superintendent Elizabeth Dassah, confirmed the story and said the victims were two. She said the boy was brought to the station by some teachers of the school, the assistant chairman of the Parents/Teachers' Association (PTA), and some of his relations.

She said when the boy was interrogated, he admitted cutting the two victims' palms and sucking their blood, but could not give further explanation as to why he did that. He told the Police that he acquired witchcraft when he lived with his grandmother in Kumasi, and added that one night, she sent him to buy food but on the way, he met someone who gave him something to mix with the food.

After eating the food, he said he has never been himself again. Daily Guide learnt that the boy has been behaving strangely, both at home and school. He is said to have repeated Class One three times, but the school authorities decided to promote him to Class Two, with the hope that he would pick up.

It was said that the boy has been terrifying his teachers with strange dispositions, and would go into a deep slumber immediately the class teacher starts writing on the board, only to wake up at the end of the lesson. The class teacher is said to have reported the behaviour of the boy to his parents on several occasions.

The victim who collapsed is said to be doing well after treatment in the hospital. As for the “vampire”, he has since been released to his parents as investigations continue