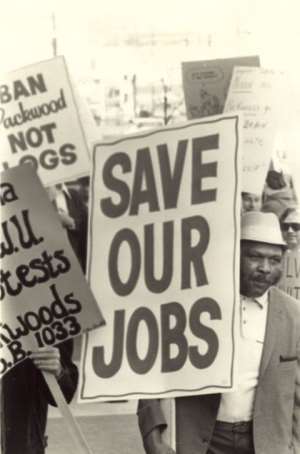 APPEARING IN full attendance before an Accra Fast Track Court (FTC) yesterday, after the National Labour Commission (NLC) had slapped a legal suit on them, the National Association of Graduate Teachers (NAGRAT) raised a preliminary objection to the motion filed by the plaintiffs.

According to NAGRAT, the motion is incompetent and invalid as it did not comply with the existing rules of court and therefore should not be entertained by the court.


However, the court, presided over by Justice Richard Asamoah dismissed the preliminary objection indicating that there was no cause for alarm.

The NLC on October 11, 2006 filed a suit against the leadership of NAGRAT seeking an order to compel members of the association to end their unrelenting strike commenced some six weeks ago, and return to the classroom.

According to the NLC the strike action embarked upon by the entire membership of NAGRAT is illegal as they failed to comply with Section 159 and 160 of Act 651 of the Labour Law.

Advancing his preliminary objection, counsel for NAGRAT, Mr. Archie Martin Danso Jr., told the court that the motion filed against his clients was defective in law and for that matter renders the application invalid and incompetent, and therefore should not be heard by the court.

Counteracting the protest made by counsel for NAGRAT, Mr. J. Opoku Agyei, counsel for NLC, contended that the argument advanced by counsel for the respondent is misconceived since they have already filed their affidavit in opposition to the issues identified in the motion placed before the court.

Subsequently, this brought counsel for NAGRAT on his feet to state that objections could be raised at any time of the court proceedings adding that the affidavit in support of the motion should contain matters of facts but not matters of law.

Dismissing the preliminary objection advanced by NAGRAT, the court noted that since the issue at stake would dwell on affidavit evidence from both parties, arguments based on maters of law should not raise panic within any of the parties concerned.

Conceding that an application filed must contain matters of facts, the court noted that inclusion of matters of law was not fatal to court proceedings. To the judge, it was only contaminated issues that could be expunged from the affidavit.

The court adjourned sittings to October 25, 2006 to look into the real issue.

The NLC, in its supporting affidavit to the motion filed, noted that the action of NAGRAT is unlawful having failed to satisfy the mandatory serving of notice on the Commission in relation to their intended strike action as required by law.

Additionally, NLC contended that NAGRAT had not indicated in any way that there existed a dispute between them and the Ghana Education Service (GES), their employers that needed to be solved by the Commission.

Subsequent to meeting the leadership of the respondent Association, the NLC averred that on October 5, it served a formal order dated October 4, 2006 on NAGRAT directing its membership to call off the "illegal strike to enable the Commission facilitate negotiations to resolve the concerns of teachers under the Ghana Education Service in accordance with the Labour Act 2003", the Labour Commission indicated.

Their failure to comply with the orders given by the Commission to end the strike, according to the NLC, resulted in contravening the Labour Law by NAGRAT and thus failing to rectify the irregularity of the impasse in conformity with Section 139 (1) of Act 651.

On the contrary, NAGRAT in its affidavit in opposition to the motion against them indicated that the application was misconceived and intended to cow them into ending the action that is intended to articulate their grievances.

According to NAGRAT, there existed no dispute between the GES and the membership of the graduate teachers to warrant them to contravene the labour law, adding that all differences had been resolved with the intervention of bodies such as the Parliamentary Select Committee on Education.


NAGRAT therefore accused the GES of peddling falsehoods and not abiding by their side of the agreement reached during the negotiations as the GES had exceeded the deadline of the end of July 2006 for payment of salary arrears to be effected.

To the graduate teacher, it was the failure of the GES to fulfill their side of the agreement, which informed their strike action.

NAGRAT further contended that the meeting held with the labour commission on September 27, 2006 was "not to discuss or urge the respondent to call off the strike action" but to "discuss the respondent's petition against the decision to issue a bargaining certificate to the GNAT" after refusing it application to have the bargaining power.