No one Is In Control: Akufo Addo Is At Post But Ghana Has No Leadership 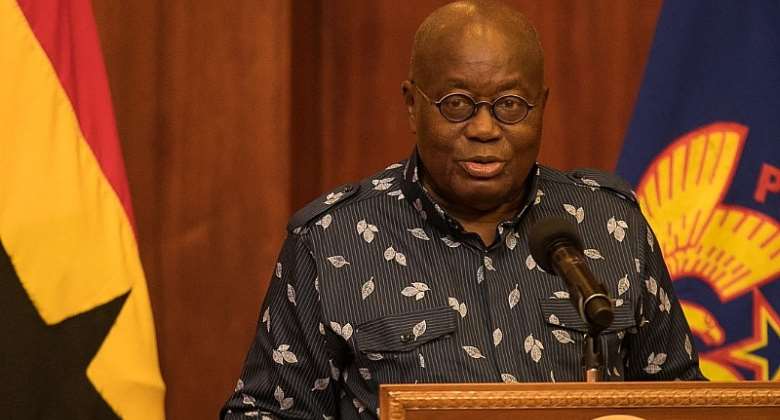 The Caucus for Democratic Governance, Ghana, (CDG-GH) is worried about the never ending massive economic mess, and wishes to add its voice to that of the suffering masses, struggling against poverty, high cost of living and myriad of dysfunctional fiscal policies. Abstruse and mind boggling is the refusal of Akufo Addo to set up Crises Management Team to handle the extraordinary economic malaise. His uninspiring address, without concrete road map, shows no causal relations to the ever increasing economic damages and the desperation of the suffering people.

No one is in control. GPRTU has thrown its towel. Transport owners have left loose their drivers` mates to increase prices and beat up passengers while the inept transport Minister sleeps on the job. People are beaten up and killed by “trotro” mates because they cannot afford increases in lorry fares.The sick and old people under medication, are dying in their numbers because the Government cannot pay NHIS subsidies and so the pharmacies do not give out medicines. Ghanaians now cannot afford two square meals a day and some have to undergo fasting , rather unwillingly.

Macroeconomic figures are adding up to damaging levels. The high rocketing fuel prices, coupled to the fast depreciating cedi and the high food prices, are factors aggravating the already unbearable hardship. General inflation is about 40% ; and food inflation is 122%. The prices of fuel has risen by 600% within two months. A gallon of fuel is now selling at 23 ghc/l; and a full tank V8 cost almost 3,000 ghc. Imagine how much money is spent on the fleet of V8 of appointees per day? Why will the President not reduce the number of appointees? It is a paradox that the outcry of suffering Ghanaians, does not impress the insensitive President. He still travels on extra luxury planes costing 400,000 dollars an hour, while poverty swallows the people. Over the years we have lost millions of dollar, which could have been used in creating jobs. We have the highest number of Ministers and presidential Staffers in the world. One of the badly managed Ministries, the Agric Ministry has about four Ministers and several Deputy Ministers. The presidential budget rose from 650 million in 2016 to over 3.2 billion ghc during Akufo Addo`s era. Any advice to cut down on cost and size of Government has always fallen on deaf ears. Is this deliberate? Is it an attempt to punish Ghanaians? We need answers to these questions.

Meanwhile increment in pay remains 4% and the jobless and unemployment rate is now 30%. 13 million people are jobless and unemployed. Plethora of Companies sadly, are folding up and small entrepreneurs are struggling to break even. The cedi is the fastest depreciating currency in the world and Ghana has the highest inflation in Africa.

The economic turbulence, facilitated by depreciating dollar, the rising cost of living and fuel hikes, are all the result of creative accounting by Ken Ofori Atta; who sought to obliterate the true quantum of the National debt, to enable him to borrow more. As a result of the mess created by Ken Ofori Atta, Ghana now has a debilitating National debt of 400 to 500 billion ghc; out of which his Data Bank collected about 500 million ghc as agent. Besides, wrong figures he sent to Parliament were often different from those sent to IMF ; thus exposing his dishonest character and his desire to rape Ghana.

Why will the President not sack the Finance Minister, the cause of economic mess and fiscal incompetence? Can it be that billions of borrowed money was spent by Jane Mensa, the EC- Chairman to get Akufo Addo reelected, because the “Akyem Sakawaboys” seek to destroy Ghana?

Economic brains in Ghana have often spoken against excessive borrowing, printing of currency and the need for fiscal space. Expectations in his address last week were high. However the thirty minutes speech was less impressive and fell short of expectation. He admitted we are in crises; he however missed the opportunity to create hope for Ghanaians. There was nothing on fiscal discipline to ease the price hikes. He could not communicate any objective and purpose of issues to salvage the economy. He could not outline measures to bring confidence and credibility to the people of Ghana. Indeed we have no leadership.

All he could leave in our homes was the empty, unscientific rhetoric “money does not like noise”. As usual, Akufo Addo in his overdose of confidence, exhibited careless abundance of stubborn ineptitude; signaling arrogance and pride. The President has lost control and must resign.