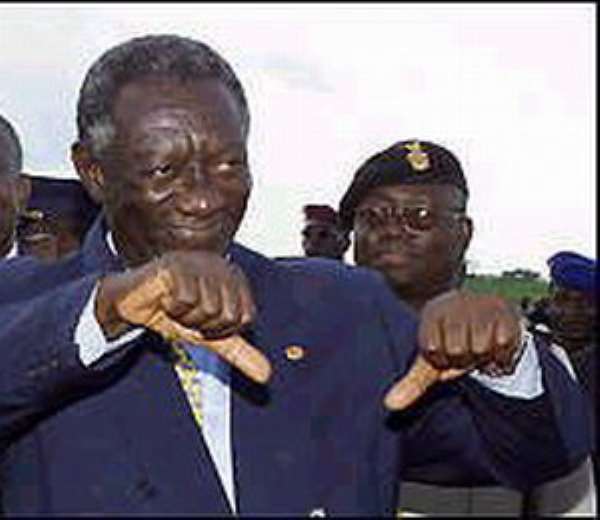 Mr. Kwadwo Affram-Asiedu, Deputy Minister Trade, Industries and President's Special Initiatives on Friday urged Journalists and social Commentators to be fair to the government when raising their concerns over the demise of the textile industries.

He said the government had often come under a barrage of criticisms and accused of overseeing the closure of the textile factories but noted that most of these industries collapsed long before the current government came into office.

Mr. Affram-Asiedu said this when he launched the "National Friday Wear" programme in the Upper West Region at Wa.

By this programme, which is under the Trade Sector Support Project, the government seeks to resuscitate and promote the local textile and garments industry to create a unique cultural and national identity and pride.

He noted that it was through patronizing made in Ghana goods such as the "kente" and the Northern smock that the spirit of patriotism and nationalism could be deepened.

"It is ironical that while tourists from all parts of the world admire our traditional wears and culture by patronizing made in Ghana products, Ghanaians shy away from them and use their scarce resources to patronize imported second hand clothes".

He disclosed that the divestiture of state enterprises in the past was not transparent and as a result 59 cases were currently before the Law courts.

Mr. Affram-Asiedu asked communities along the country's borders to establish vigilantes to help check smuggling, which was one of the evils hindering the growth of the textile industries.

Mr. George Hikah Benson, Deputy Upper West Regional Minister said Ghanaians taste for foreign products had done a lot of damage to their confidence as a people and that could never lead to development. He said the secret of Japanese success was that they did not allow negative tendencies to bring them down when they embarked on their industrialization drive after the Second World War.

"We should also emulate the Japanese example of patriotism by wholeheartedly supporting this initiative and other programmes aimed at promoting locally made products". SI