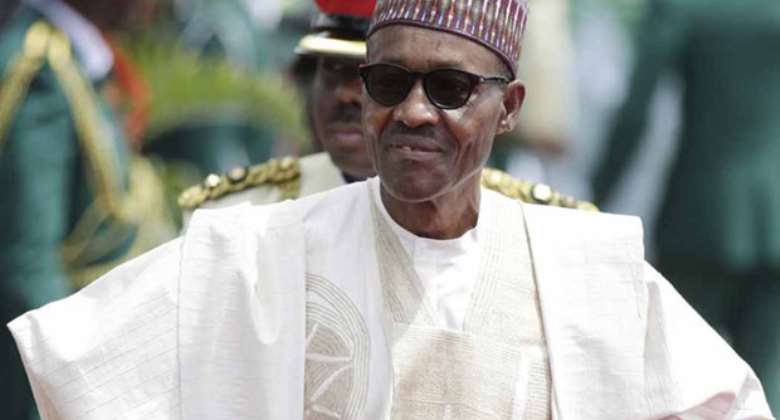 Even though there are reasons to be skeptical, but in all fairness, critical thinking suggests that Buhari’s body language gives credence that he wants to conduct a free, fair and credible election in 2023. I will elaborately emphasize on that, citing events and late policies of his administration that have given hope to the unimpressive and the hopelessness state of his government as proves. Though the skepticism of Nigerians is based on the unbelievable and catastrophic nature of the state of the country, it is understandable, and I am proportionately not blind to that. But on the issue of the 2023 general election, Buhari’s steps and efforts so far for a respectable poll in my view deserve encouragement and commendation, and I will exemplify hereunder.

In retrospect to the All Progressive Congress (APC) primary election held on 29-30 May, 2022, people had expected that Buhari would singlehandedly decide or would influence so much on who gets the presidential ticket of the party. Every group or camp within APC assumed that Buhari was for them. One group had smartly produced Ahmed Lawal, the Senate President as the APC’s candidate, and had believed so much that Buhari would back their controversial candidate. Rotimi Amaechi, the former Minister of Transport had thought that he was the anointed candidate of Buhari, because some cabals in Aso Rock made him feel so according to an impeccable source. For Tinubu, he contemplated that Buhari had abandoned him for another candidate when he was not allowed access to him as he wanted, and at a point he got so frustrated and infuriated that he uncontrollably narrated how Buhari would not have been a president in 2015 without him, and emotionally made his famous statement of “Emi l’okan” (It is my turn). About the Vice President of Nigeria, Prof. Osinbajo, he had seemed confused on whose candidacy Buhari supported, but played the card of loyalty that even at the venue of voting he was still hopeful that Buhari would magically swing his power into action in his favor as his vice. And that made him commit a blunder many considered unfortunately embarrassing, sycophantic and political suicidal. While on podium, he said he would continue where Buhari stopped if given the chance. Meanwhile to Nigerians Buhari’s government is only synonymous with agony, regrets and tragedy. But in all fairness to Buhari, and for the politicking of who becomes APC’s flag bearer, he stood his grand of impartiality by not giving any of the candidates a preferential treatment. No one had believed him until APC’s primary came and went, people were astonished. Historically, a president who wants to manipulate the electoral process or foist a candidate on the people starts from his party’s primary.

Buhari had told all that he would give Nigerians a free, fair and credible election in 2023, again, like it was in the case of APC’s primary, many seem not to believe him, in spite of evidence signifying that he is at the verge of honor.

Evidence that Buhari is on the threshold of history

After all the brouhaha from the general public and the lawmakers, and the intrigue that had surrounded the new electoral amendment, Buhari finally signed into law the bill that has revolutionized our electoral system. This new electoral law that allows electronic voting and transmission of results is the best thing that has happened in Buhari’s administration, and one of the very best things that has happened to Nigeria since the new democratic dispensation in 1999. The law brought hope and trust to the electoral system. Owing to that, and coincidentally too many Nigerians who had no confidence on the electoral process before who equally believe in the knowledge, vibrancy and capacity of Peter Obi who joined the race to rescue Nigeria from total collapse came out in their large numbers and got themselves registered to vote, because they believe that their votes will now count. This electoral law was a testimony that spoke volumes, and this administration merits to be praised on this.

To solidify the purpose of the new electoral law of minimizing rigging to its bare minimum, seeing that citizens’ votes count and popular candidates of their choices triumph after elections, Buhari – knowing that corruption has become a habitual way of life in Nigeria, and that evil has been trivialized or engrained in our brains as legitimate means to wealth and success – introduced a policy to redesign some of the naira notes. In my sincere and candid view, this policy is a very welcomed development, given that it will drastically reduce the influence of vote buying and monetization of the 2023 presidential election, which will help us usher in qualitative leadership that will be a ladder to healthy growth and progress. I am excited as an OBIDIENT. And the short notice for the deadline to the public makes it serious and I respect Buhari for that. Every patriotic Nigerian should applaud it. It will not only checkmate the corrupt politicians and Nigerians who may have kept their ill-gotten wealth and stolen billions in their secret places, but also, it has the potentiality of curtailing the criminal activities of bandits, kidnappers and those sponsoring terrorism in Nigeria and exposing them. Succinctly, I am convinced that corrupt politicians, fraudsters, terror sponsors and criminals were the target of this policy, and it is in the right direction.

Is redesigning naira our problem?

I am aware that some Nigerians have kicked against the redesigning of the naira policy for some reasons that may be obvious. Yes, it is true that Nigeria has multiple of problems and troubles facing her now, and literarily redesigning of naira is not even one of the problems to talk of it being the immediate one. So, why waste money on it, queried many? The policy has its pros and cons. Nevertheless, its advantage is huge than the disadvantage, and if Nigeria is a normal society where things function properly and laws are respected by the politicians, elites and privileged ones, we would not have been talking about redesigning of naira at this time. But objectively and critically analyzing the issue, the truth is sadly naked that corruption, fraud and ill accumulated wealth are part of the bane of Nigeria’s progress. Therefore, the policy is at the right direction in tackling some of our problems. With concerted efforts from everyone, and if all government agencies like EFCC, Police, Custom and judges etc. will this time do their jobs professionally and sincerely Nigeria stands to gain. I say so because it is not that Nigeria has no law, but the laws are sometimes selective and most times not obeyed. On this account, if this policy should be well monitored, I see many bank managers, politicians, highly placed and influential people in the society go to prison, and that will be another point of turn around for Nigeria. Hence, no amount would be too much or a waste to execute the commendable policy that only political looters and criminals have complained more.

Yes, it is true that Nigeria is currently in a very precarious situation. I know that international communities have warned Nigerians that terrorists are set to invade Abuja and already evacuated their diplomats, and every genuine Nigerian is now living in fear. Even those doubting Thomases and sycophants the reality has downed on them that no one is safe. There may be some cabals in Aso Rock who use the influence of working closely with Buhari for their selfish interests or perpetuate evil. Therefore, one may accuse Buhari of anything, but the fact remains that up to the point of writing this article there is no reliable evidence at public domain that Buhari has derailed or plans to derail from fulfilling his promise of a credible election. And his policy of redesigning naira notes seems to be the master stroke targeted against political looters and criminals. By virtue of this, I call on all OBIDIENTs not to relent in their hard work and should not be deceived by anyone, because it is impossible to have a free, fair and credible election in 2023 without Peter Obi being the winner, unless Nigeria is cursed.