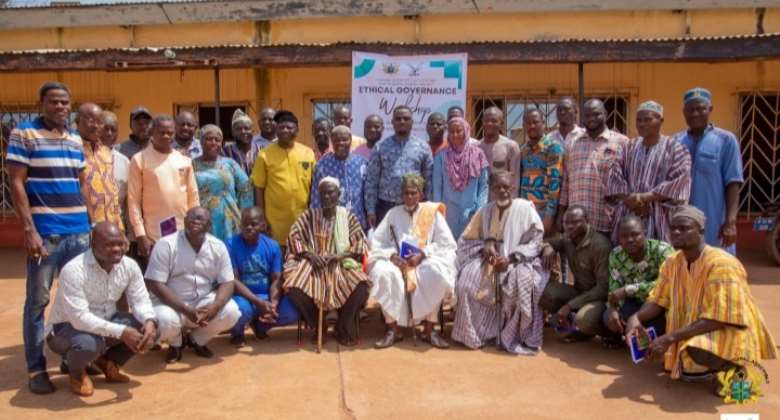 Assembly Members of the Yendi Municipal and Tamale Metro assemblies have received capacity-building training to help promote grassroots development in those assemblies.

The training was organized by the Paabinaa Meriga Peace Initiative (PAMEPI), a non-governmental organization in Ghana last Wednesday and Thursday, sponsored by former NPP Aspirant for Yendi Hajia Abibata Shaani.

It was part of the Ethical Governance project implemented by the Women in Tech Ghana, a subsidiary of the PAMEPI, to boost the performance of assembly members and promote the development of communities. It was on the theme “The Role of Ethical Governance in Promoting Grassroots Development”.

The Executive Director of the PAMEPI, Mr Fuseini Yakubu, in an interview with the media on the sidelines of the workshop, said it was to empower the assemblies to be able to execute their mandates accurately and satisfactorily.

He also said the training aimed at promoting ethical governance and sustainable community development at the local government level. “This capacity building is to empower the assembly members on basic ethics in governance.”

Mr Yakubu revealed that as part of efforts to improve education, PAMEPI was implementing the “School for All” project which is aimed at providing reading materials as well as teaching resources to schools in rural communities.

“It was also an opportunity for us to share some of the programs that our organization is implementing with the assemblies like the Mobile Library bus which is coming from the United States of America,” he noted.

He added that the NGO was also implementing the “Women in Tech Ghana” aimed at empowering girls and women in Science, Technology, Engineering and Mathematics (STEM) to promote job creation for females in the Tech area.

The Metropolitan Chief Executive (MCE) for Tamale, Mr Sule Salifu and the Municipal Chief Executive for Yendi Alhaji Ahmed Yussuf Abubakar, in their submissions, thanked the PAMEPI and the Women in Tech Ghana for the initiative.

They also promised to ensure that the assemblies undertake regular capacity buildings for their members so they could perform better and help the assemblies in achieving their mandates.

Some of the assembly members who spoke to the media also thanked the Paabinaa Meriga Peace Initiative (PAMEPI) and the Women in Tech Ghana for the training.

They also promised to use the knowledge they have gained to help develop their communities and appealed to other NGOs who could be of help, to come to their aid.