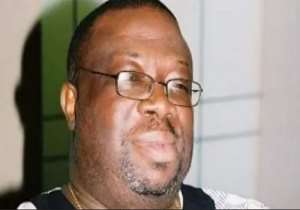 One of the greatest shortcomings of Nigeria’s existence is that she has never evolved into a nation. The amalgamation of territories, imposition of the colonial masters, the unfortunate intervention of the military and its attendant maladministration of the civil-society, and the corruption-infested politicians have not actually given the country that opportunity to realize her potentials. To be honest, it is because Nigeria’s handlers have different motives and a diametrically opposed understanding of the concept of development that her journey to nationhood has remained an illusion.

As we know, there is no generally acceptable interpretive understanding of the concept of development. For instance, part of the organic components of a nation is the understanding of the meaning of the concepts of citizenship. It is on this premise that a nation thrives. In other words, since no nation flourishes without its citizens, any nation that wants to thrive must have its organic components in place and the majority number of the population must share, intimately, the rudimentary knowledge and understanding of what it means to be a citizen, as agreed to, and enshrined in the constitution of Nigeria. Otherwise, it will just be as if one is running against the wind.

On July 28, 2022, Olugbenga David Owolabi was kidnapped alongside his staff, Rachael Opadele in Ogbomoso, Oyo State, by yet-to-be-identified kidnappers. Owolabi was a Nigerian-American who had come to Nigeria, to invest in the hospitality business in Ogbomoso, his hometown. On August 3, 2022, they were senselessly killed by their abductors, despite the payment of N5m ransom. Owolabi was buried on October 1, 2022 which, as fate would have it, coincided with a very important day in Nigeria’s chequered history. Opadele had earlier been buried in Ogbomoso, on August 5, 2022. Like the others, Nigeria has again succeeded in making the sun of three of her promising citizens set at dawn.

Olugbenga Owolabi is gone; and there’s nothing anybody can do to bring him back to life. But, if he had known that the country he called his own didn’t understand what it meant to be a citizen, he wouldn’t have come to Nigeria at all, not to speak of investing here. Let’s face it: the short time he spent in the USA – and he became a citizen - is now the only gift God has given him. From the time mappings for his life, all things being equal, if he had not come here, those unredeemed killers and haters who have turned Nigeria into a pool of blood would not have slaughtered him like a ram. Of course, they’d not have killed him without the American government deploying its entire arsenal for battle against his killers.

Typical of the Nigerianness in us, nobody is talking about who killed Owolabi; and neither Oyo State nor his Local Government has uttered a word; forget about admitting that the State has lost an illustrious son. Rather, it’s been business as usual, as if nothing happened. No justice! Not even a show of pretence for it! Sad that, even up to the point of the corpse being flown abroad, no Nigerian officials were seen to have shown any semblance of sympathy, either by words or actions. Well, that’s to show how horrible our system is. In our clime, the worth of a citizen has gone into a nosedive! Why then should one die for the country?

Owolabi’s unfortunate death is not the first; certainly, it won’t be the last either! Since his murder, several other unresolved murders have taken place. Yet, the heavens have not fallen! And who cares? After all, those who died did not belong to the families of members of the ruling class. So, life goes on! But, again, this is Nigeria! America takes care of her living and the dead! Nigeria does neither! Here in Nigeria, life no longer has any meaning! Ours is a generation of wasters, in a very dangerous country! Against the backdrop of our illimitable woes, the leaders “daily call on the citizens to make sacrifices while they (the leaders) wallow in privilege.” Tragically, the leadership doesn’t even understand why and how the country is being led to a moral free fall in all areas.

The general assumption is that Nigeria is a sovereign state, but the current state of heightened insecurity only suggests that she may have already been stripped of her sovereign attributes. Otherwise, how do we describe events in the land which have only shown that our leaders are in a wide sea of uncertainty with regard to how a nation evolves; the inalienable rights of a citizen, and why he or she must be accorded such? Remember the 2013 Boston Marathon domestic terror attack and how the American government rose to the occasion! Remember how US Special Forces rescued Philip Walton, an American citizen held hostage in Nigeria in 2020! Here in Nigeria, the late Hamani Tidjani was only unlucky to have positioned his wind vane wrongly. And he paid dearly for it! On Owolabi’s gruesome murder, even the texture and essence of the Nigerians in Diaspora Commission (NIDCOM) seem to have been seduced into compliance with sickening silence.

Had Oyo State Government been truly there for those it was elected to serve, somebody in government would have noticed the state administrative protocol gap in Owolabi’s unfortunate murder, and would have issued a statement on behalf of the government. That his remains were taken back from the land of his birth for internment in a foreign, adopted country was a big shame of unimaginable proportions. But again, how did we get here? For God’s sake, how does one belong to a country where human lives are not valued; where “yesterday’s dreams have become the worst nightmares”; where “very sharp pieces of broken promises” have become the new ideology? And, if we may ask: what is the functional relevance of Nigeria’s sovereignty? Isn’t that why a Leah Sharibu could still be languishing in the terrorists’ den even as the government continues to behave as if it never happened?

The social thoughts of a society, I was made to understand, undergird the thought flows of its citizens. For example, when President John F. Kennedy famously urged Americans “ask not what” their “country can do for” them but “what” they “can do for” their “country’, that became the mantra in the USA that even a kid in that ‘God’s own country’ was always ready to die for the American flag. On the converse, have we asked why Nigeria now looks “like a boiling pot that everyone wants to escape from” and why Nigerians are with misdirected aggression prepared to ‘japa’ into certain deaths in Ukraine?

With happenings like this in Nigeria, national consciousness and the concept of patriotism are on the verge of losing both their meanings and relevance; of course, with huge national security implications! Nigeria may also lose investors and her capacity for economic growth will be hindered. To put it bluntly, what it means is that, once the central value of citizenship is lost, the entire country is lost. The more reason the handlers of Nigeria must do a new orientation programme that will teach Nigerians to be patriotic. In doing this, the government should lead by example. Otherwise, the scheme will fall like a pack of cards.

May the Lamb of God, who takes away the sin of the world, rest the souls of the faithful departed and grant us peace in Nigeria!